As you may know, I recently became a grandmother. It was quite a shock when the adult friend my son was with at the beach for a week announced that he had become a teenage parent. He texted me this photo of my son holding my new grandchildren.

If you’ve been following along, you may also know that tragedy struck soon thereafter. My grandchildren turned on each other in a savage and gruesome display of sibling rivalry of Biblical proportions. We buried the mangled, suppurating bodies of Cain and Abel, and now it’s just my own namesake Adrienne who’s left.

Despite my initial misgivings, I have to admit, I’ve grown quite fond of the little murderess.

I find myself checking on her all the time.

“She looks hungry to me. Don’t you think you ought to give her a little snack?” I nudge my son.

Today during my lunch break, I did some clothes shopping for her…”Hmmm,” I thought to myself, “These shells are super cute, but will they feel too scratchy?”

The more I get to know my new grandchild, the more I’m convinced that we have far more than our name in common. In fact, I will go so far as to say that we are kindred spirits.

We are both a couple of night owls. We like to prowl around when everyone else in the house is fast asleep. Sometimes we like to have a midnight chat over a cup of tea…We discuss how the stock market’s doing, compare notes on the novels we’ve been reading, gossip about our mutual friends and acquaintances… 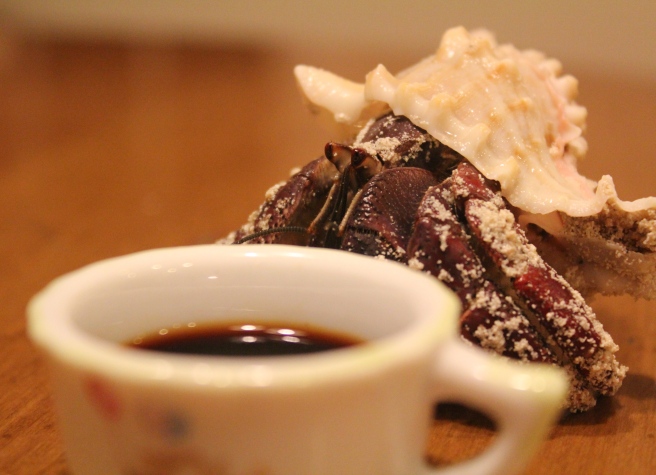 We are both indecisive, especially when it comes to clothing. She is constantly changing her outfits: 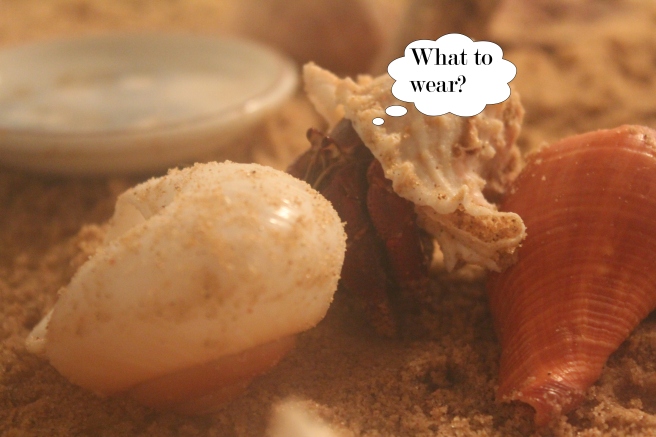 Sometimes she can be a little insecure:

She’s generally peaceable, but if you mess with her, she can get, well, pretty crabby. She doesn’t really like to be touched, for example: 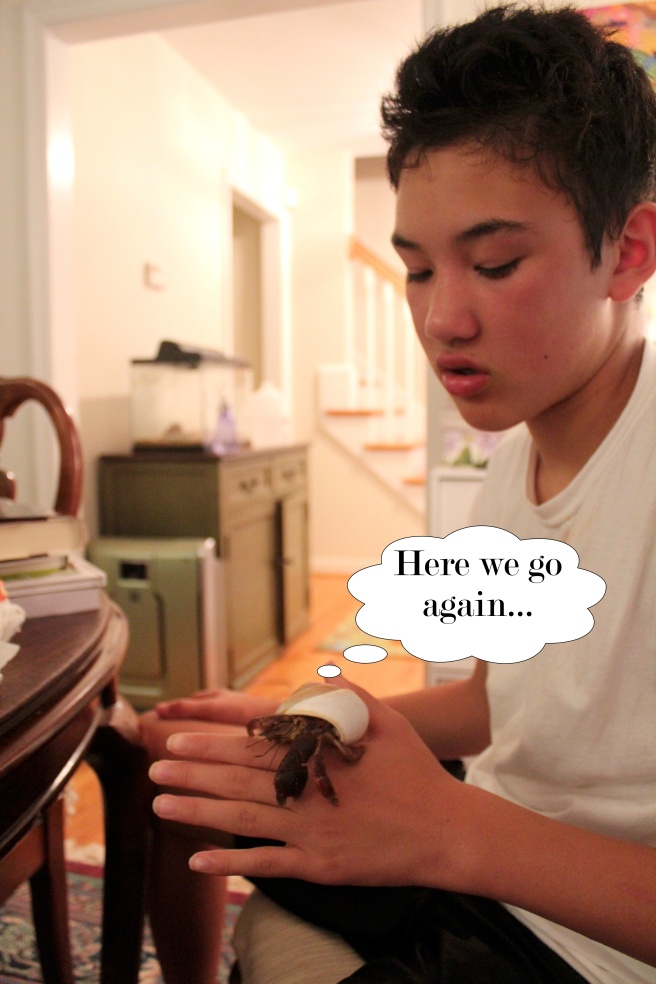 She’ll tolerate only so much, and then she just might nip you.

And as her siblings (may they rest in peace) discovered too late for their own good, it’s unwise to really cross her: 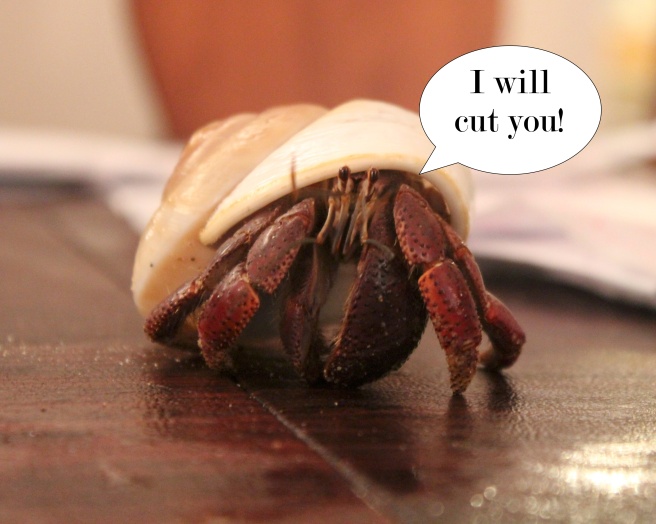 I think she got my looks, too.

One thought on “My Grandchild”