Yikes! It’s Halloween Eve and only one out of my three children knows exactly what she’s going to wear tomorrow! (Abby Wambach).

Nicholas, my twelve year who’s probably going trick-or-treating for the last time, wants to wear something “ironic.” Teddy, the premature old man, says trick-or-treating is too tiring. He can’t be bothered to come up with a costume. If I twist his arm, he may be persuaded to wear a paper bag over his head.

Oh for the good old days, when I could exercise complete control over the kids’ costumes!

Here are some of my favorites from years past…

First baby, first Halloween…I maybe went just a teensy bit overboard. Nicholas had no fewer than three costumes, because as I always say: “It’s aaaaaaall about the pictures!” 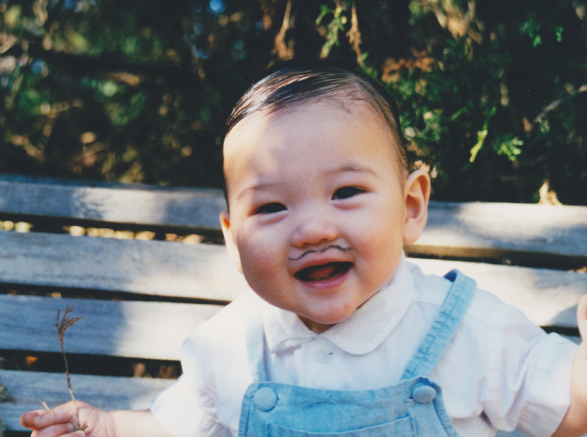 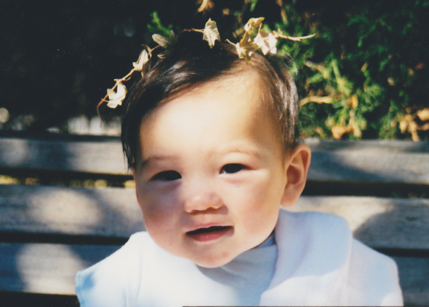 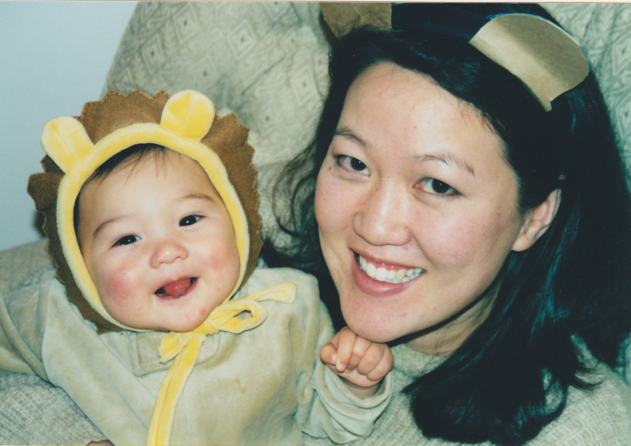 For his first Halloween, Teddy rocked a bespangled Baby Elvis jumpsuit unsnapped to his belly button. We went trick-or-treating on the Lawn at UVa, and people kept stopping us so they could have their picture taken with him: 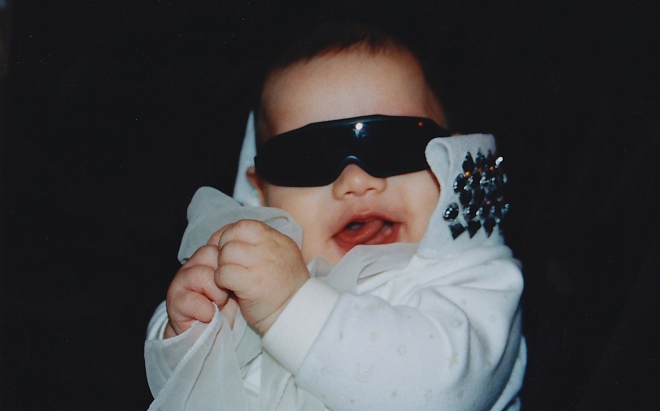 He was a rock star! Check out the sideburns: 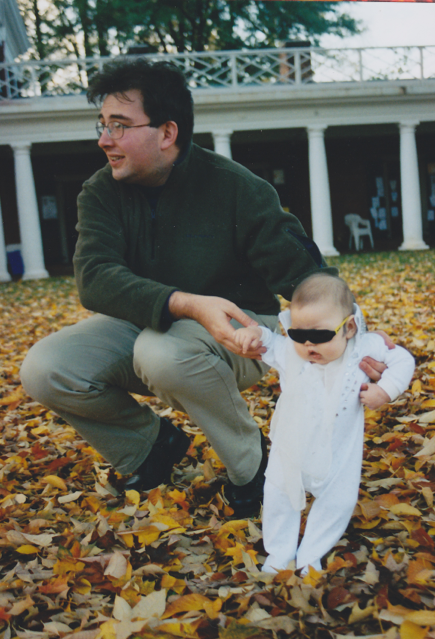 A couple years later Nicholas and Teddy were dressed as little Scottish lads in honor of their dad’s country of birth. Strangely enough, I’ve never been able to get them to don a skirt again! 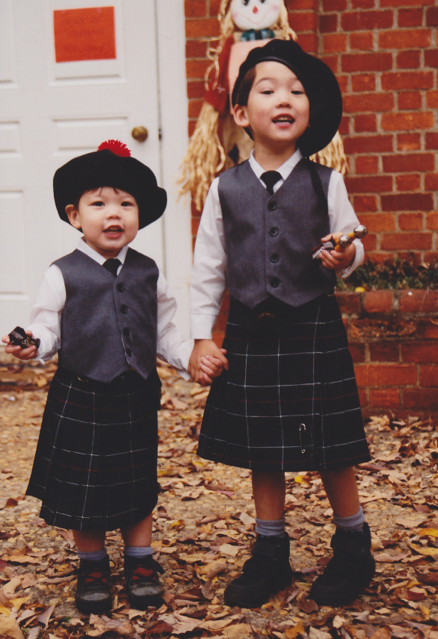 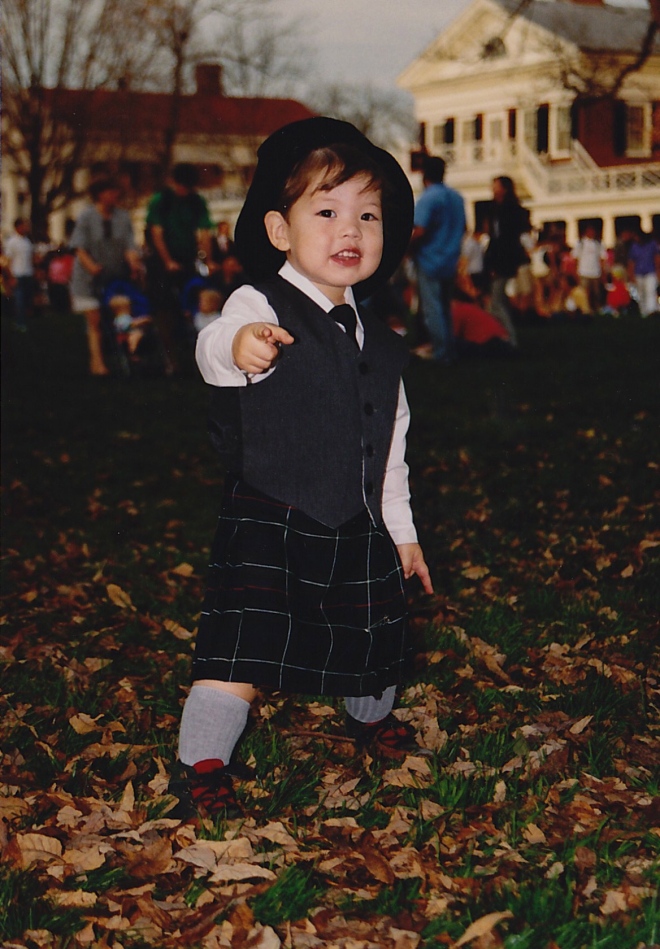 Tintin, Queen Bee, and skeleton. This was before Tintin hit it big in America with Steven Spielberg’s movie version. People kept looking at Teddy in puzzlement. One woman asked, “Are you dressed as…a little boy?” 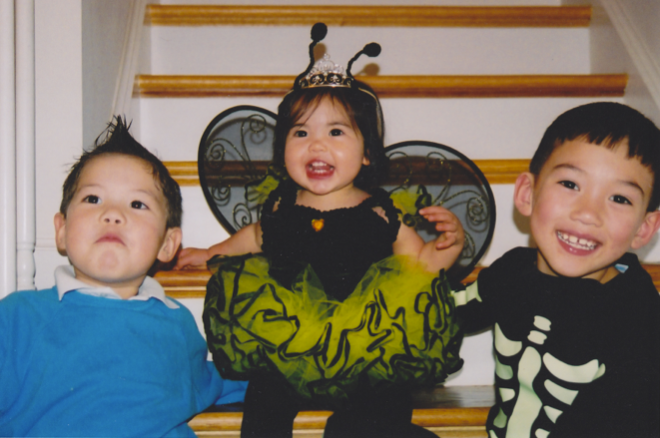 Pumpkin, Spy…and skeleton! I loved those Gymboree skeleton costumes. The kids wore them as pjs for years! 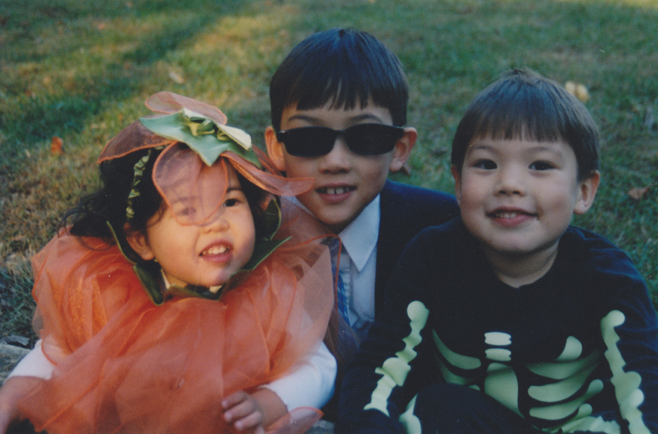 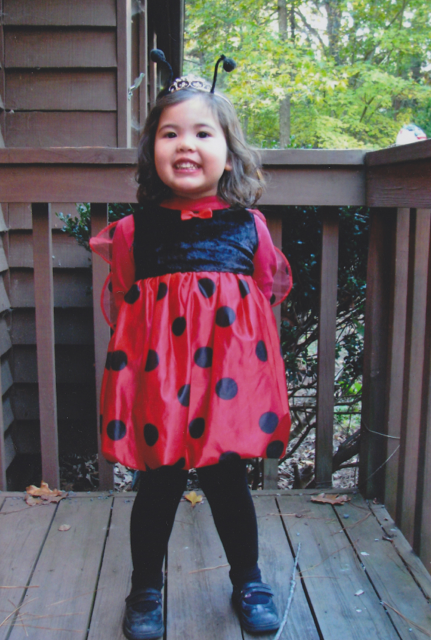 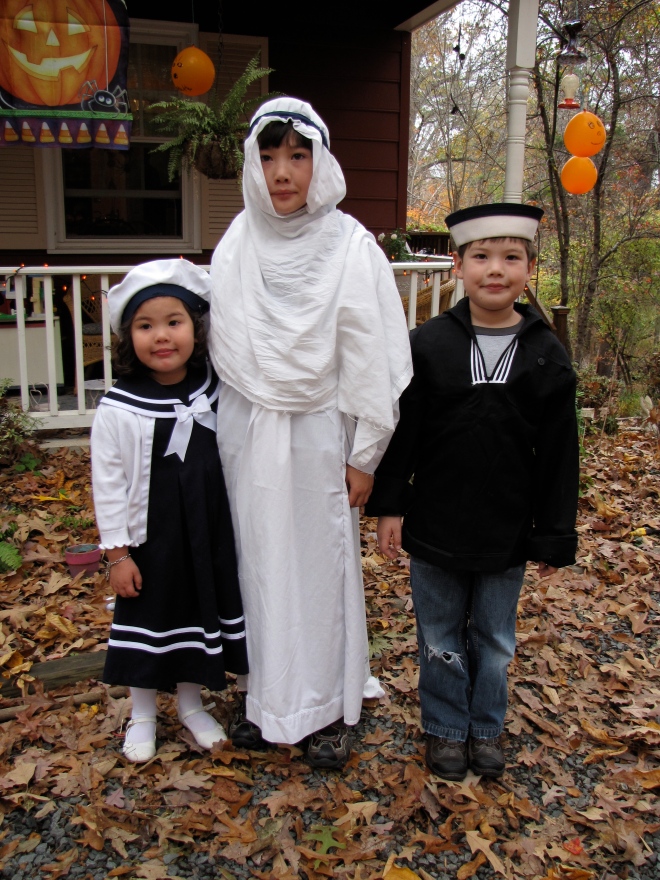 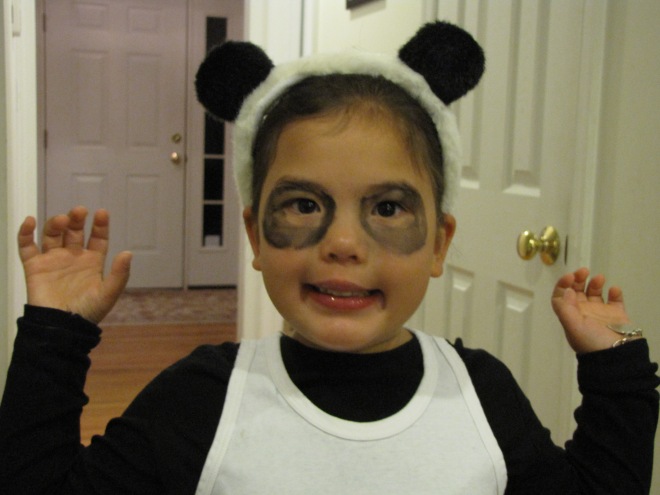 This picture makes me laugh…This is what the kids look like by the end of an “It’s aaaaaaall about the pictures” session! 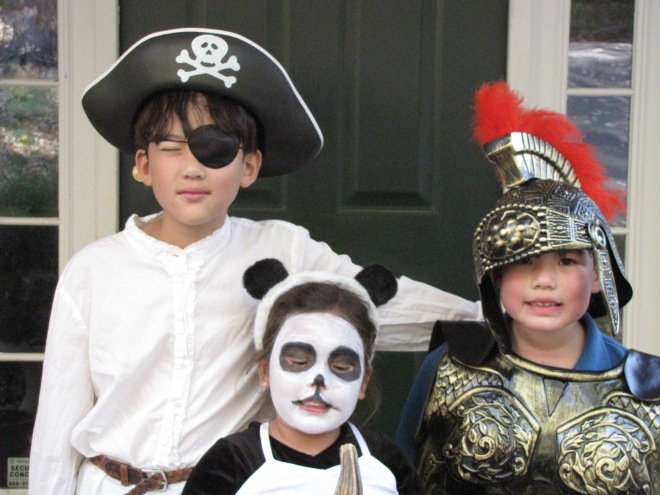 Last year Tallis’ cow costume was udderly too small for him:

Chloe’s bee costume fit a little better, but put her in a foul mood: 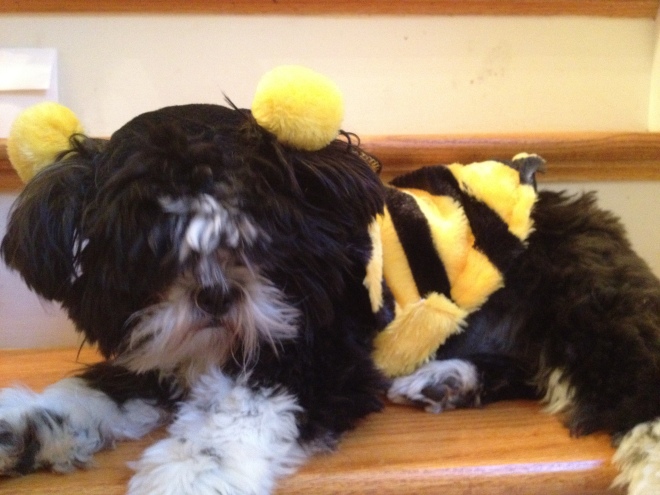 Happy Halloween to all, and to all a spooktacular night!

One thought on “Ghosts of Halloween Past”