This weekend’s story actually began last weekend when my friend Katherine and I took a day trip to visit The Market at Grelen, a garden shop, café, and event venue in picturesque Somerset, Virginia. 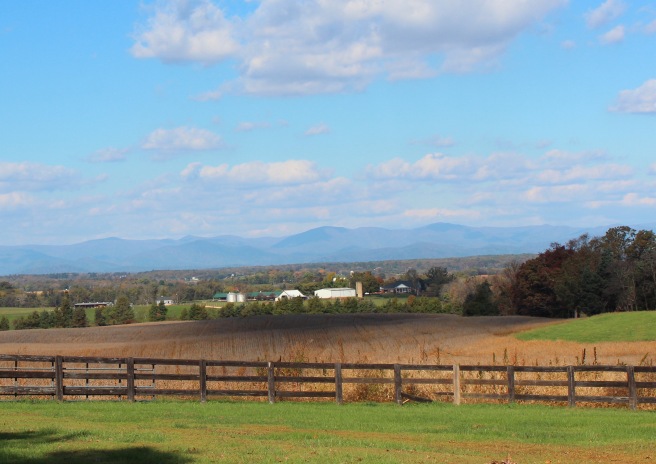 After pottering around the garden shop, we went to have lunch in Gordonsville, a little town located just a fifteen minute drive away.

Gordonsville has a cute downtown. Main Street is lined with pretty boutiques and restaurants: 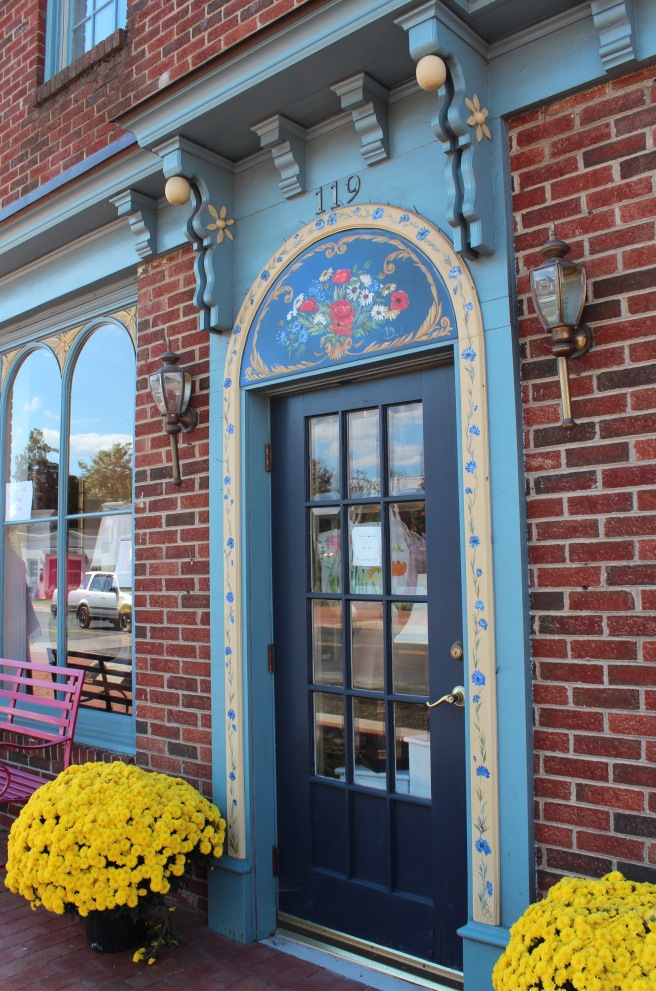 We had lunch at Pomme:

…a French restaurant whose chef is the recipient of a Maîtres Cuisiniers de France, Toque d’Argent.

At this shop, which is actually called Painted at Poplar Haven, despite what the sign says:

I found this desk:

As per usual, I dithered about whether or not to buy it.

When we’d gone through all the shops, (it didn’t take long!), my friend tried to convince me to go to the Civil War Medical Museum. After she described the reenactment of a gruesome amputation she had seen when she had visited the last time, I announced that I’d rather go to the Gordonsville Street Festival instead.

The Street Festival was entertaining in its own way. There were tents for Ben Carson, pork rinds, catfish, tissue box covers, and Tupperware. One vendor was selling only cheesy, framed pictures of a blue-eyed Jesus. I couldn’t help but think of the story of a whip-cracking Jesus striding angrily into a temple and overturning tables and driving out money changers and people selling their wares…

That was last weekend. This Saturday, my family and I headed back to Gordonsville to buy the desk I had seen. My kids, who are far more sophisticated than I, are Civil War buffs and I knew they would appreciate the museum their philistine mother had eschewed in favor of the kettle-corn, fried chicken, tchotchke extravaganza that was the Gordonsville Street Festival.

The museum is located in the Exchange Hotel, an historic building on the National Register, where well-to-do passengers traveling on one of the two lines running through Gordonsville would stay while waiting for their next train.

During the Civil War, the hotel became a Receiving Hospital for wounded soldiers from both the Confederate and Union armies. 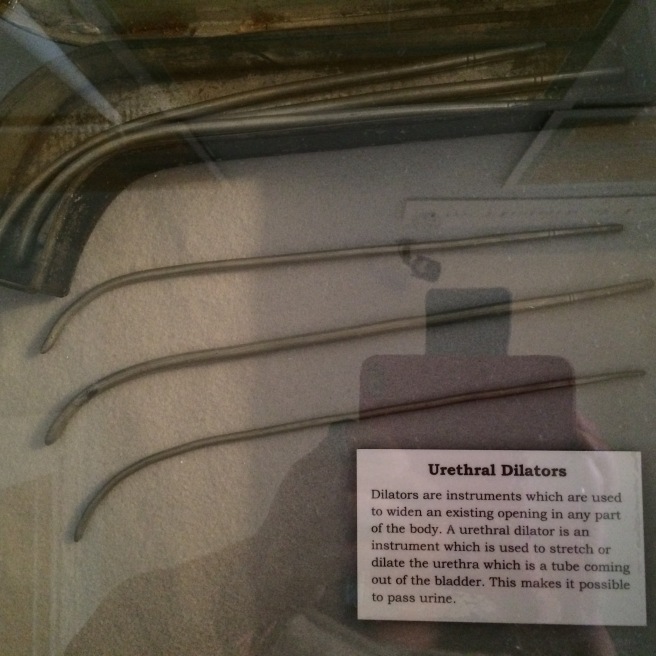 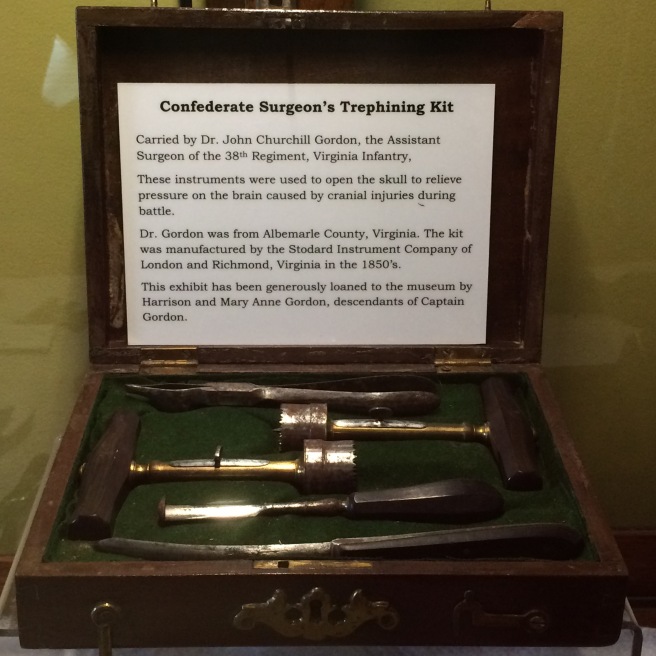 Perhaps unsurprisingly, there is a graveyard full of soldiers in the field behind the hotel.

In the Reconstruction period, the hotel became a Freedman’s Bureau for newly-freed slaves. It served as a school for children by day and for adults by night, a hospital, and a courtroom.

For me the most compelling exhibit in the museum was a gallery of some of the court cases that were heard during a period of time between 1865 and 1866. The brief summaries paint vivid vignettes of heartbreak and cruelty: 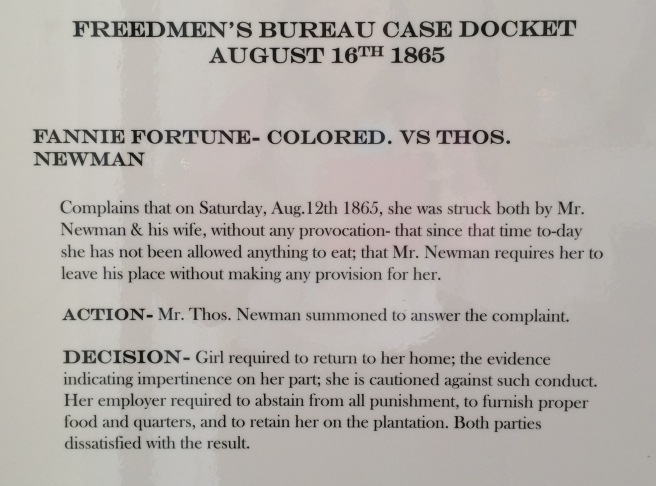 It was during this period when Gordonsville became known as the “Fried Chicken Capital of the World.” Freed slave women would walk along the tracks with baskets full of fried chicken balanced on top of their heads to sell to passengers through open train windows.

Clearly up to no good.

And here’s that desk that brought me back to Gordonsville in its new home in Charlottesville.