We are staying at the beautiful Westin Chosun Seoul, which happens to be in my mother’s childhood neighborhood. From our window, we can see City Hall, the building in the foreground. My mom’s family used to live in a traditional Korean style house (hanok), right across the street. 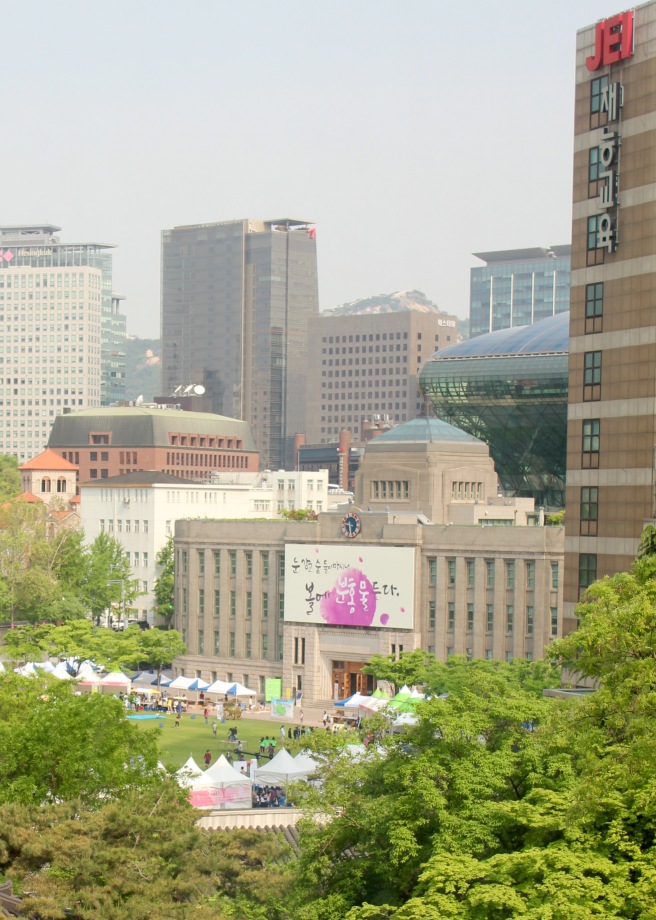 We can see City Hall from our hotel window…

The old house is long gone. City Hall and a few of the historical sites which survived bombings are the only buildings that are left from my mother’s childhood.

My father recalls catching a ride on a fishing boat and sailing to Inchon right after the Korean War. From there he hiked to the top of Namsan (South) Mountain to survey the city. He remembers seeing nothing but ashes and the stone walls and chimneys that didn’t get burned down the ground by the bombings.

It’s hard to imagine that scene now, when you see the bustling city: 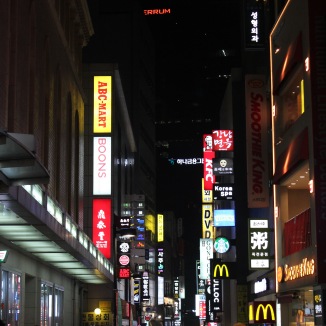 The Westin Chosun is adjacent to the Hwangudan, or Altar, built in 1897 by Emperor Gojung (1852-1919). The American bombers deliberately made an effort to spare this and other historical sites. Seoul is full of these spots where the old and new are squeezed together: 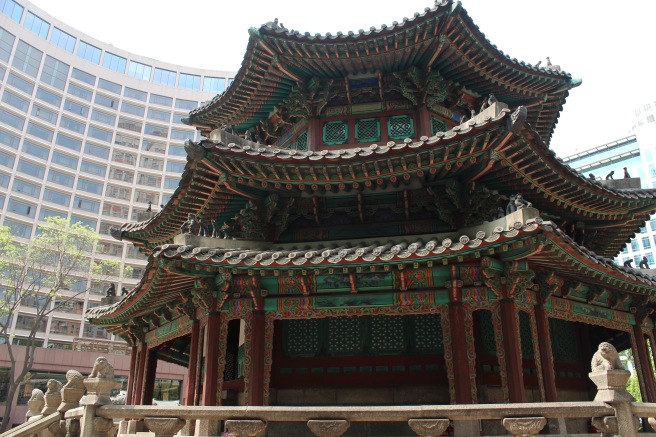 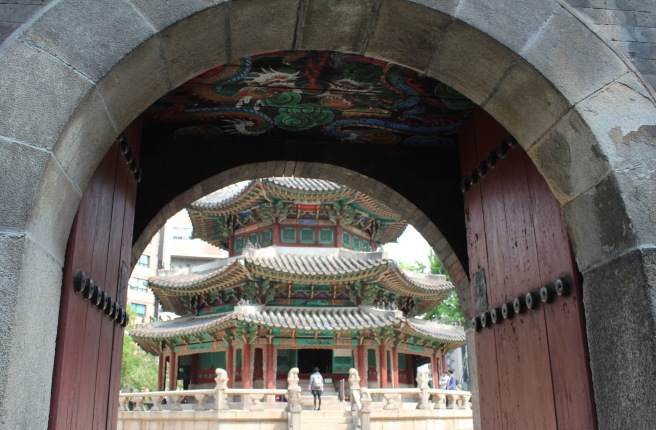 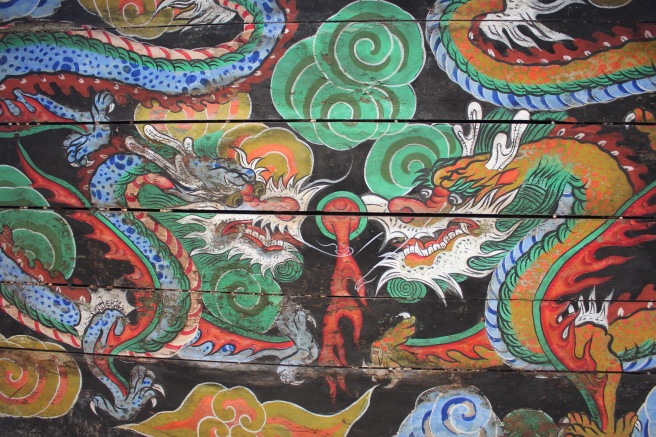 We saw a group of schoolchildren cleaning the pagoda: 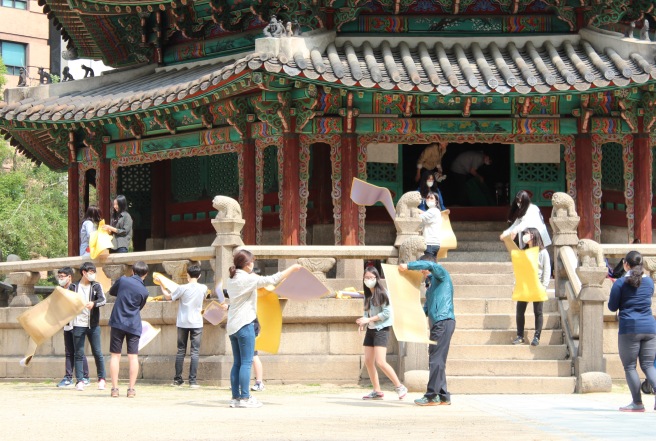 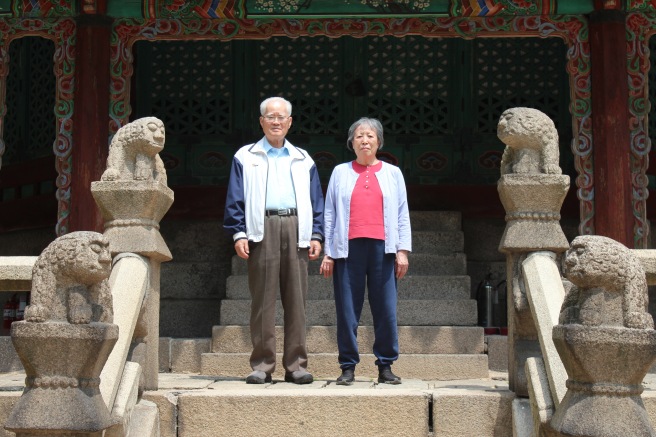 The Deoksugung Palace is right down the street: 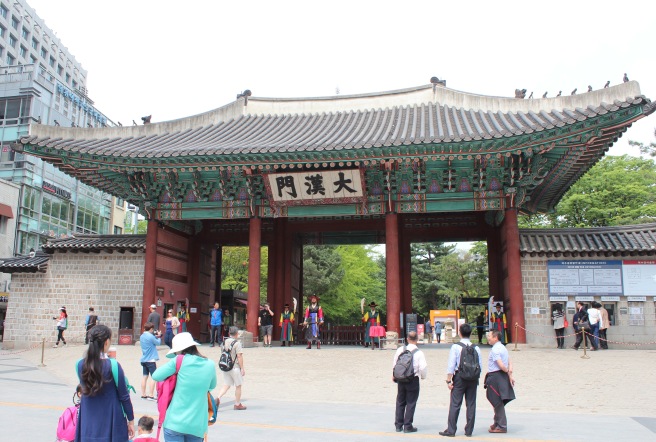 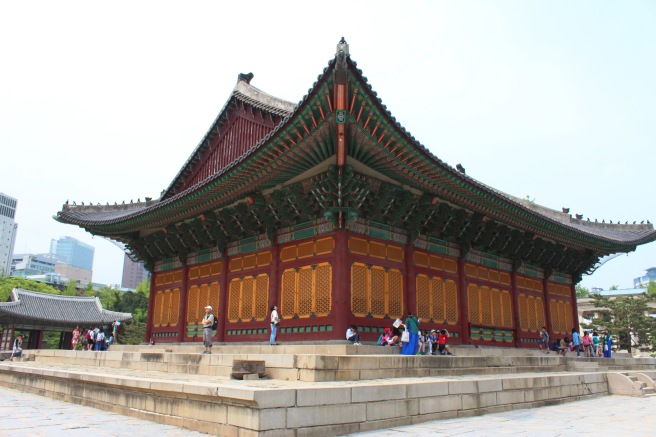 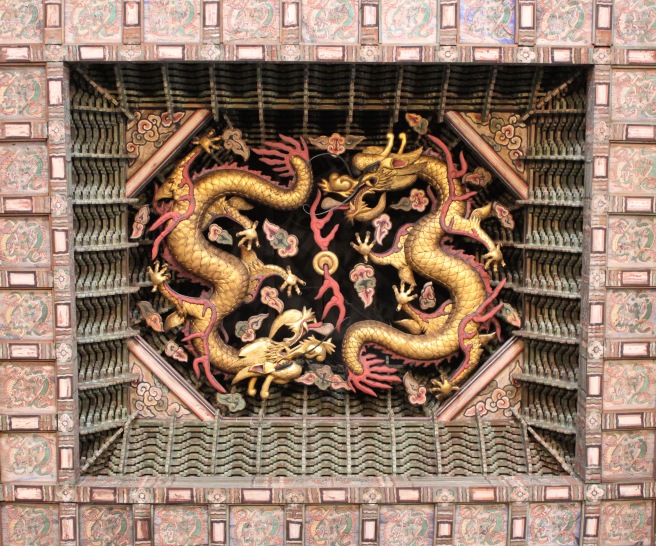 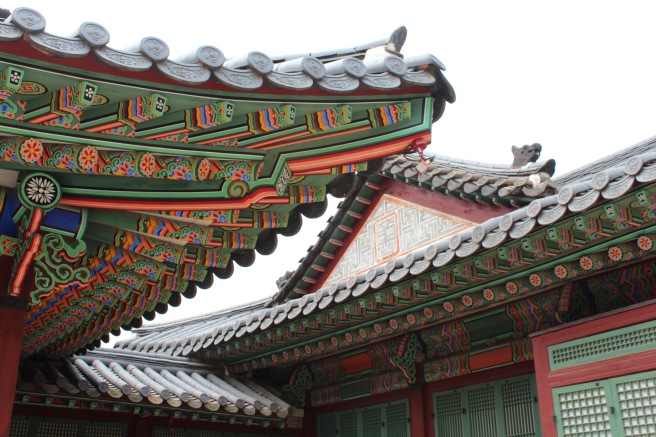 Check out the cell phones…

We found a little restaurant across from the hotel. No menu, just this: 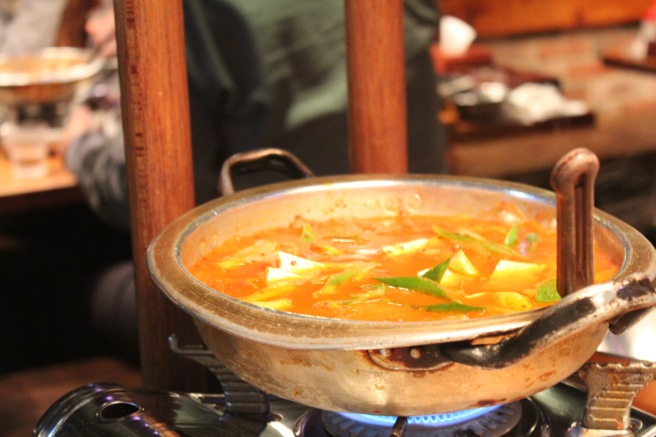 Right next door to the hotel is the Lotte Department Store. The Food Court is spectacular: 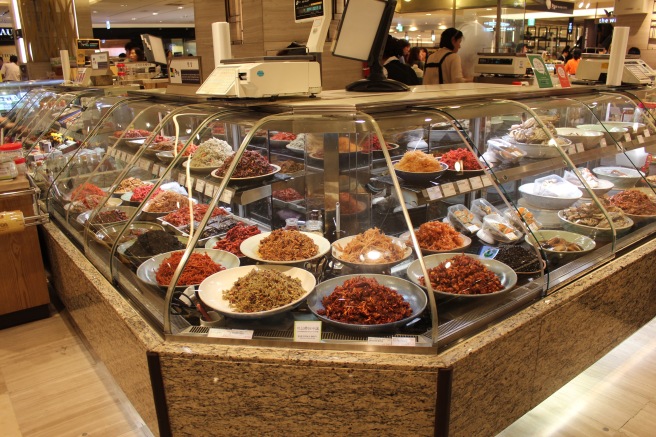 But where’s the potato salad?

How about fried squid on a stick instead?

Mother’s Day with my mama:

It was nice to see my dad behind the pulpit again…He was the minister of this university church for a few years:

At night we went to the Jogyesa Temple which is decorated for Buddha’s birthday with thousands of colorful lanterns: 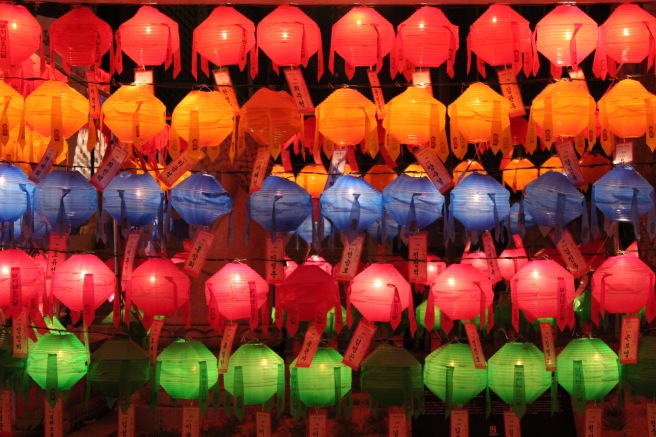 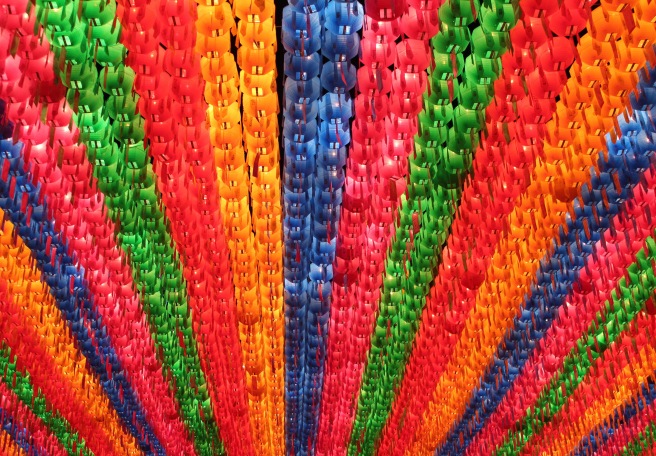 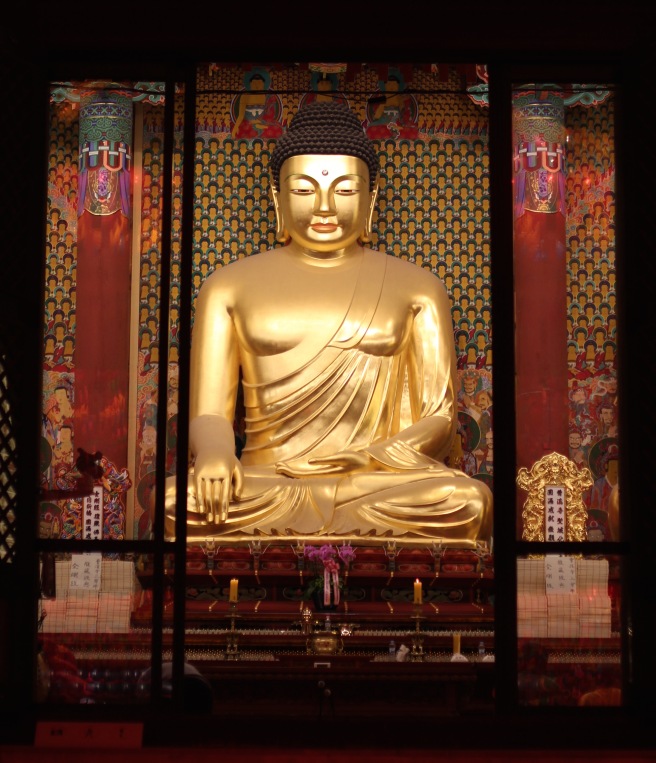 At the entrance to the temple: