I’d been intending to do a lot of writing during my two-week break. I didn’t write a word.

Here are a few of the things I did instead:

I turned one year older.

I cheered on the sidelines for my three favorite soccer players: 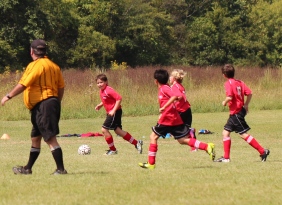 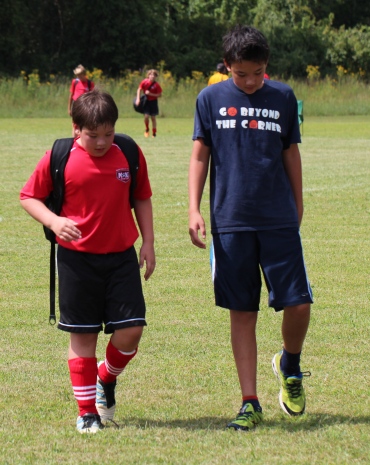 I read this terrific book: 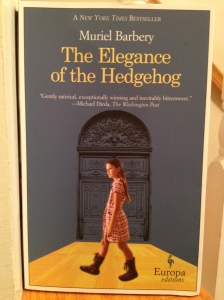 I caught the fabulous Diaghilev and the Ballets Russes exhibit in its last week at the National Gallery:

I appreciated some sweet moments of sibling solidarity, including this one:

(Last year my son had Lyme Disease and he’s still suffering from stiff joints and back aches. Sometimes his sister keeps him company while he’s doing his physical therapy exercises).

I admired the displays and ate delicious food at one of Charlottesville’s many culinary treasures – feast!:

To try to balance things out, I did some more graceless lurching around my neighborhood. Fortunately for all, there’s no photographic evidence of this horror show. When I told my dad that I’d started “jogging” he told me, “You should walk instead. The human body is not meant to run. It’s like a machine. It will wear out from overuse.” Later that same day my daughter gave me a big, squishy hug. Sighing with contentment she said, “You feel good.” When I chuckled she looked up at me with her big brown eyes and said earnestly, “You do! Your stomach feels so soft.” People! Do you see how that evil and wily Satan is testing me?!

It’s very possible that I may have also forgotten how to write. I’m hoping it will come back to me eventually…