Coming home after a beautiful weekend can be such a drag. The line for security at SFO snaked for miles. When I finally got to the front of the line, they made me go to the naked body scanner booth and stand in an undignified position so that some poor, poor TSA officer got an eyeful after my weekend of overindulgence. I was assigned a middle seat because I checked in so late. I hate the middle seat. There was no longer any room for my luggage in the overhead compartment above my seat, so I had to put it in another compartment towards the back of the plane. It was a long, looooong flight. I’d already pored through the SkyMall catalog and airline magazine on the way to California and hadn’t brought anything else to read for the trip back. I’d already watched the movies on my westbound flight. (Aren’t they supposed to show different ones on the eastbound flight)?!  I hadn’t had time to eat or even buy lunch so I was forced to buy the airline’s “Tapas” box, which was mostly crackers and stuff to put on top of them. I was seated between two very suave, svelte young men who looked like they exercised fervently and ate only every other day. They didn’t so much as ask for water when the flight attendants came by. I felt really sheepish eating my very loud, messy crackers and pungent bag of olives squeezed between these two. The whole front of my black sweater got covered in cracker crumbs. Then Suave Man #1 sitting on the aisle inconsiderately fell asleep for HOURS. I was absolutely desperate to go to the bathroom, but had to wait until he woke up so I could go. After that, even though I was parched I had to severely restrict my liquid intake so as to avoid the same issue for the next three hours. Even so, by the time we finally landed at Dulles, I was desperate to go to the bathroom again. As soon as we came to a halt, the pilot announced that because of a bomb threat, the terminal was closed and he had no idea when we’d be allowed to get off the plane. When we were allowed to get off, it was like a vicious rugby scrum. I had to wait for everyone to disembark so I could retrieve my suitcase. Then I had to take the grandiosely named “mobile lounge” to another terminal where I had to continue running both up and down Escher-like escalators to finally get to my gate to catch my connecting flight home on one of those scary rattly toy propeller planes.

It was a minute past midnight when this tired puppy finally rolled into the driveway.

But here’s what was waiting for me on the other end: 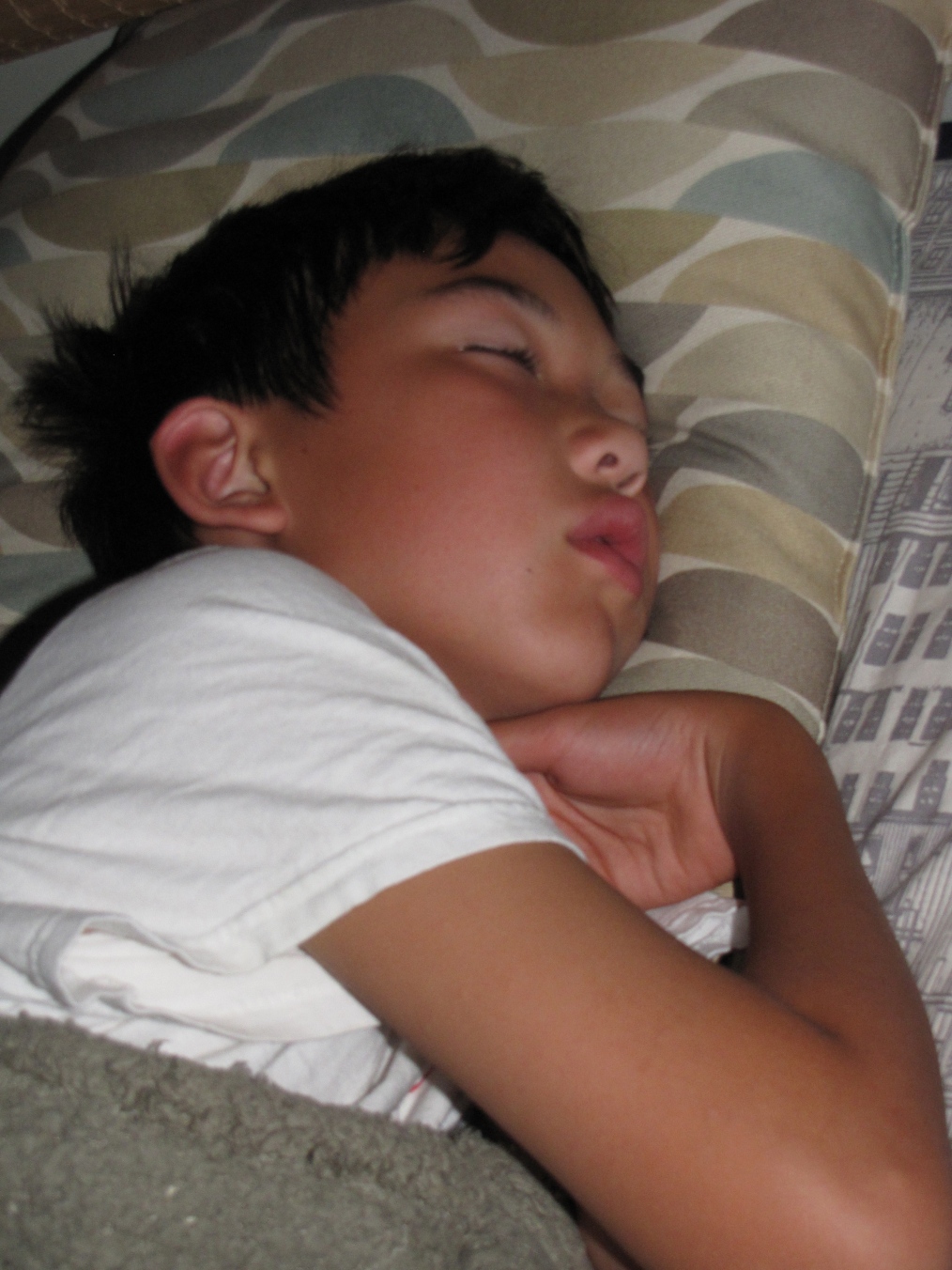 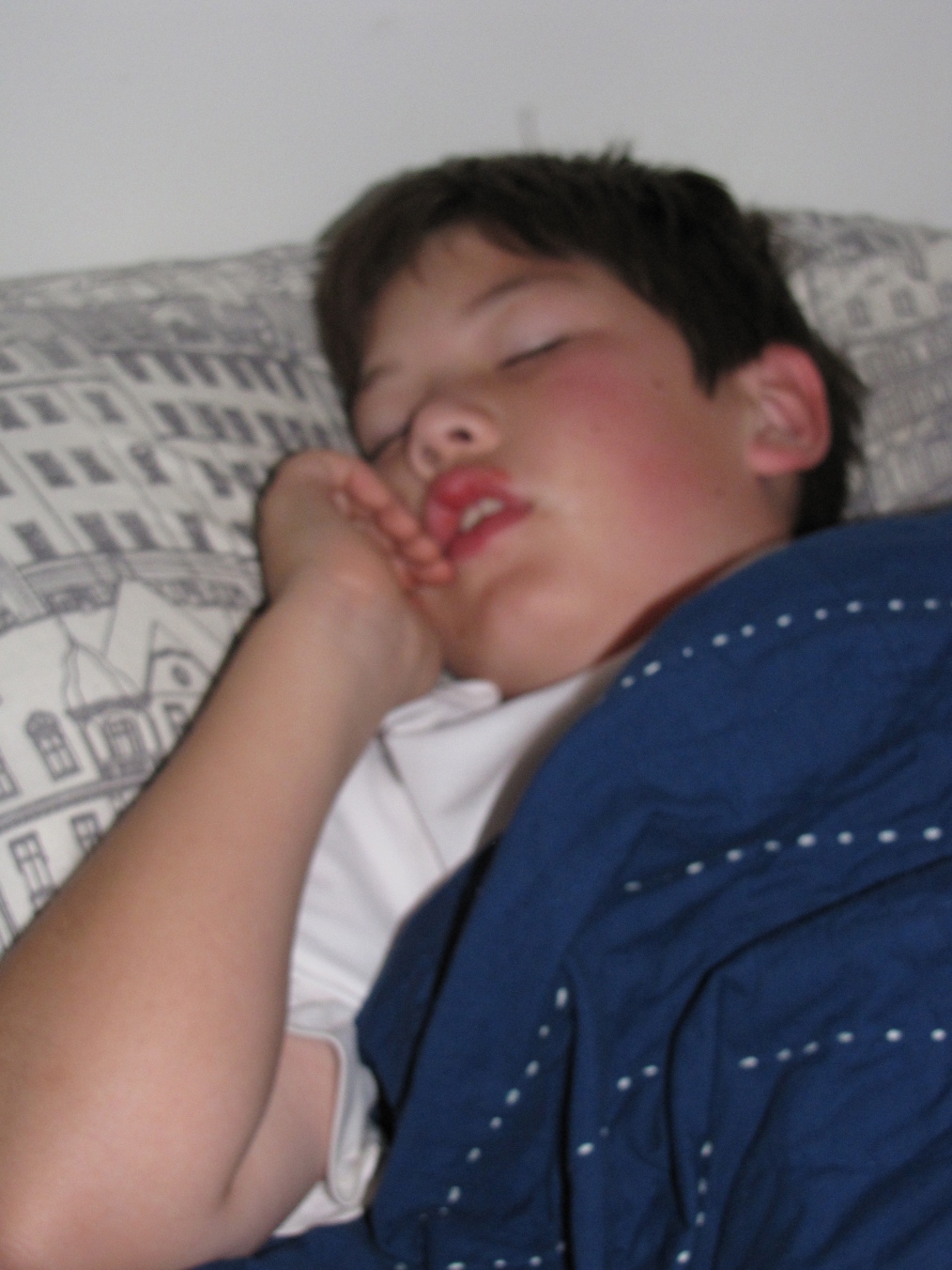 And it was a beautiful weekend, one that was most definitely “out of all whooping.” I can’t wait to share pictures!