My friend and I began our weekend at West 32nd Street between 5th and 6th Avenues, otherwise known as “Korea Way” or K-Town.

We had bibimbap at Kang Suh: 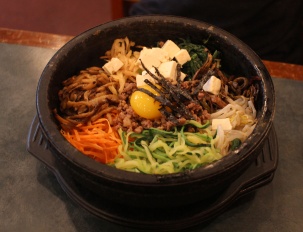 We spent an hour at Koryo Books, where my friend scored her teenage daughter some K-pop CDs, and I got an anniversary present for my husband. (More on this in another post).

Even though we swore we would never want to eat again after consuming the gargantuan bowls of bibimbap, we were lured into Tous Les Jours for dessert. Despite its French name, this is actually a Korean bakery chain. We had this:

Patbingsu (Patbingsoo) is a Korean dessert made of shaved ice and a bunch of toppings. The “pat” is for the sweetened adzuki beans that are one of the traditional toppings. The powdery looking stuff is also made out of beans (misutgaru) – blech. I’ve said it before and I’ll say it again – beans should never be a dessert ingredient. The fresh fruit, rice cake bits, and dollop of green tea flavored ice cream were ok though. It’s hard to tell from the picture, but the enormous bowl must have weighed three pounds!

I’ve always wanted to visit Kinokuniya, the Japanese bookstore that is located right on Bryant Park. 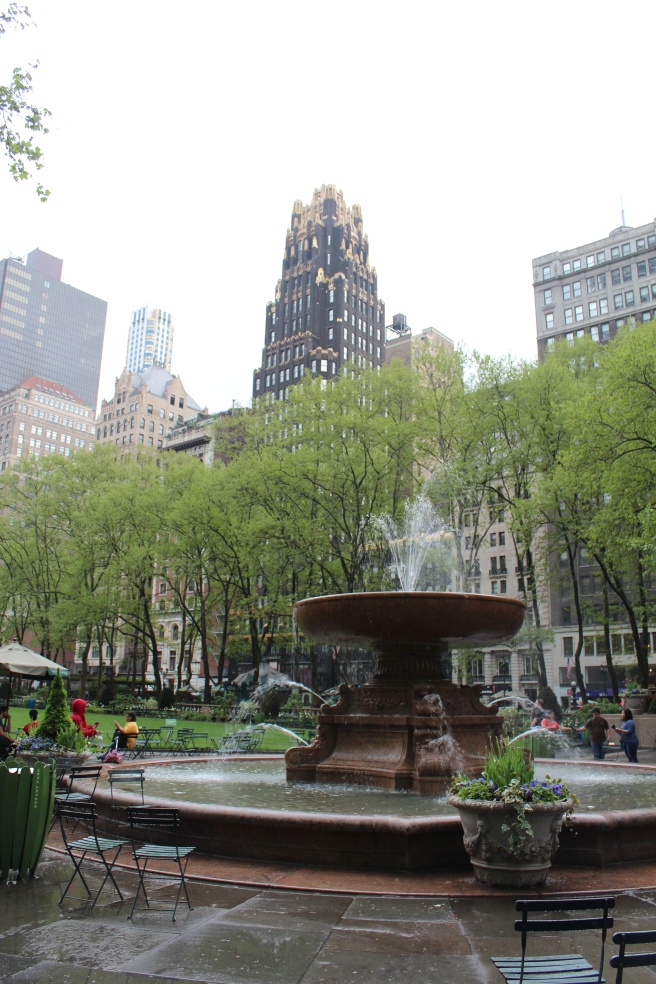 Every time I’ve tried to go to this book store, it’s always been closed. This time, alas, it was open. My mother’s words, “Don’t buy junks!” rang hollowly in my ears as I helplessly wandered around the three floors filled with irresistible things.

As we admired the gorgeous books, the exquisite stationery, and kawaii tchochkes that grown women should be immune to, my friend and I kept murmuring things to each other like, “This is absolutely the worst place in the world. We must never, ever come back here ever again. Terrible things are happening right now…”

We walked around that store as if in a trance for hours until we finally stumbled out of that place, blinking our eyes as if awakening from a dream, laden with bags so heavy they cut into our skin.

We met up with my friend’s cousin and fiancée at a spot I’d never been to before: The Bar Downstairs at the Andaz 5th Avenue Hotel. It’s right across from the New York Public Library: 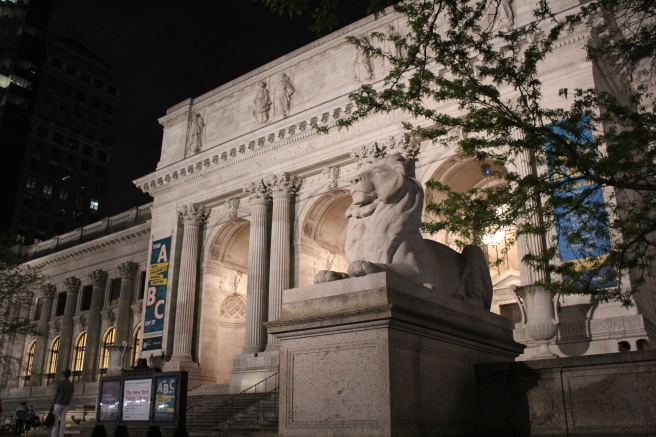 …through these painted doors: 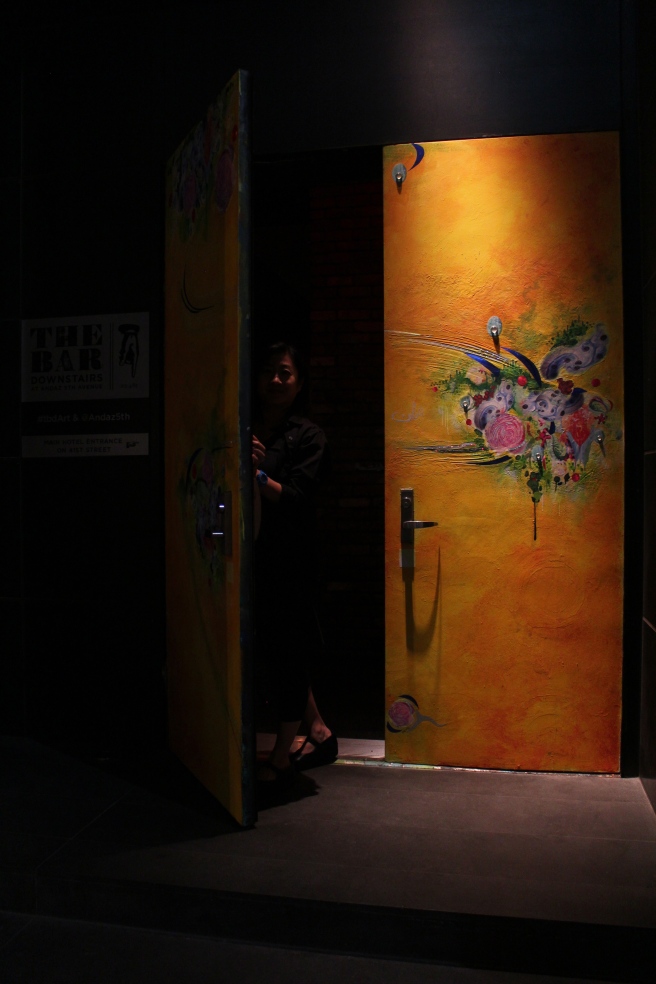 and down a flight of stairs…

We took a stroll back to our hotel through ever-bustling Times Square: 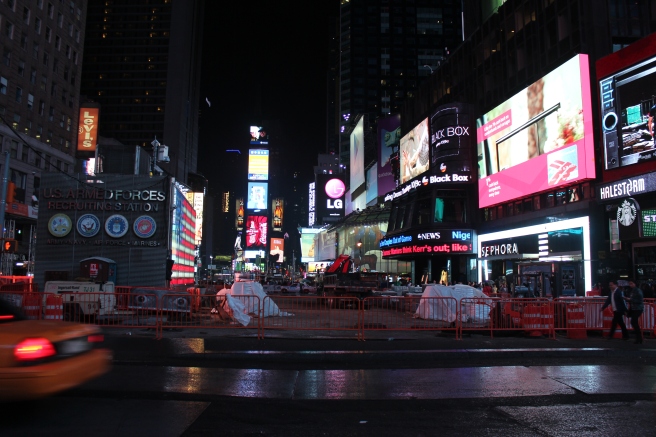 and turned in for the night: