One of the most interesting places we visited during our time in England was the 100 acre Hawkstone Park Follies in Shropshire. The Follies were built over several generations by the Hill family in the 18th and early 19th centuries. Over time the park fell into disrepair and was neglected for about a century. After a major renovation and restoration, the park was reopened to the public in 1993.

It takes about two and a half to three hours to do the whole trail. At the beginning, we strolled along, cool as cucumbers… 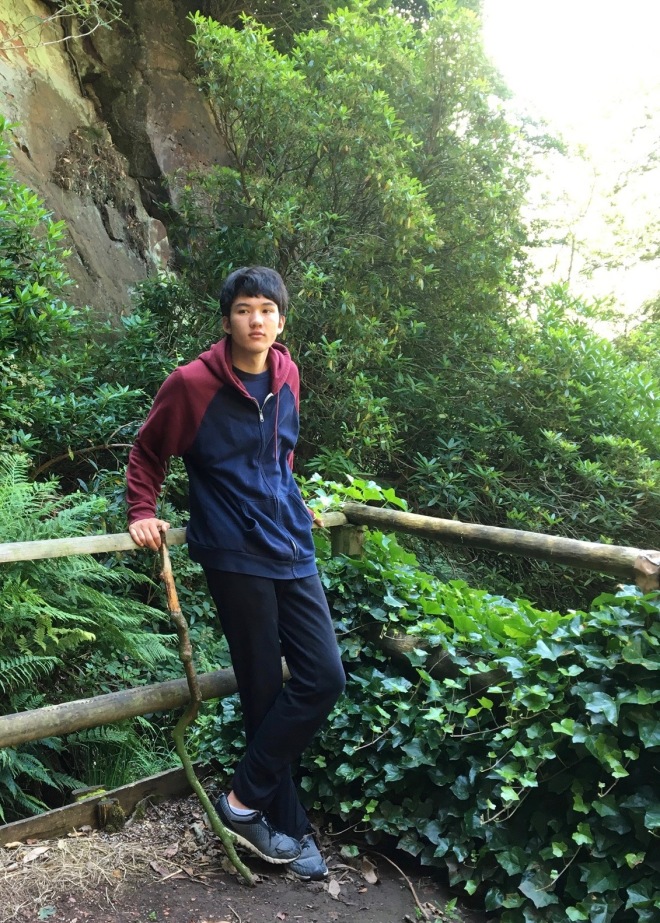 We stopped for a picnic lunch here… 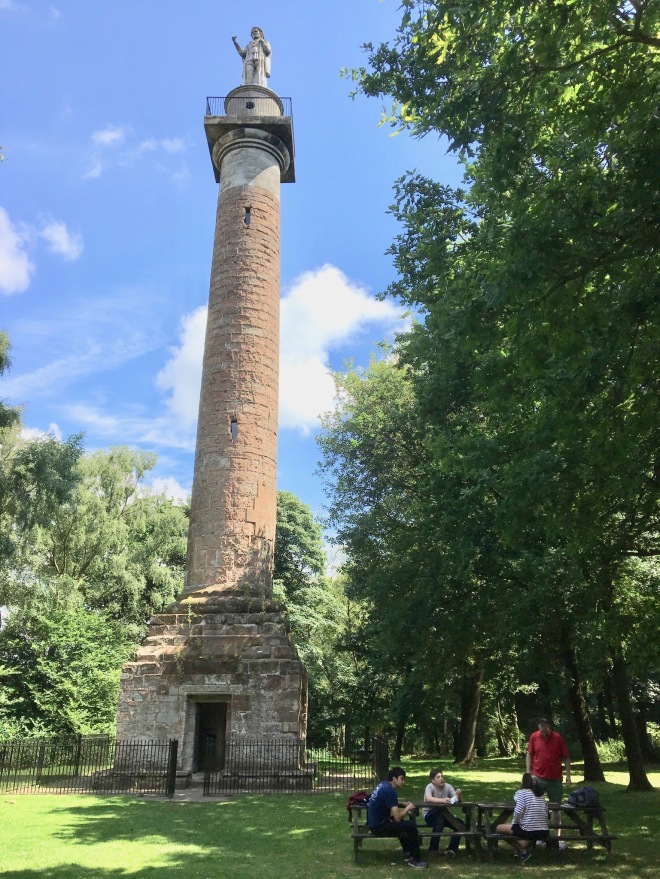 After a bite to eat, we climbed up the steep, narrow, spiral staircase leading to the top… 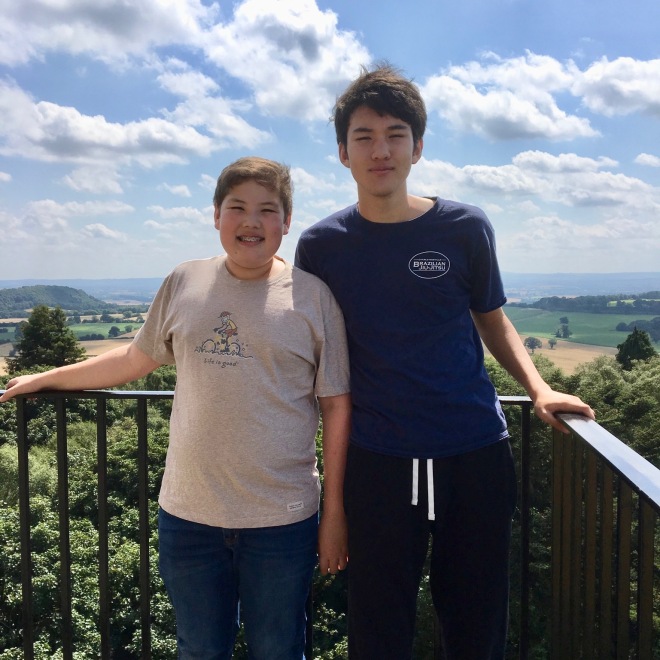 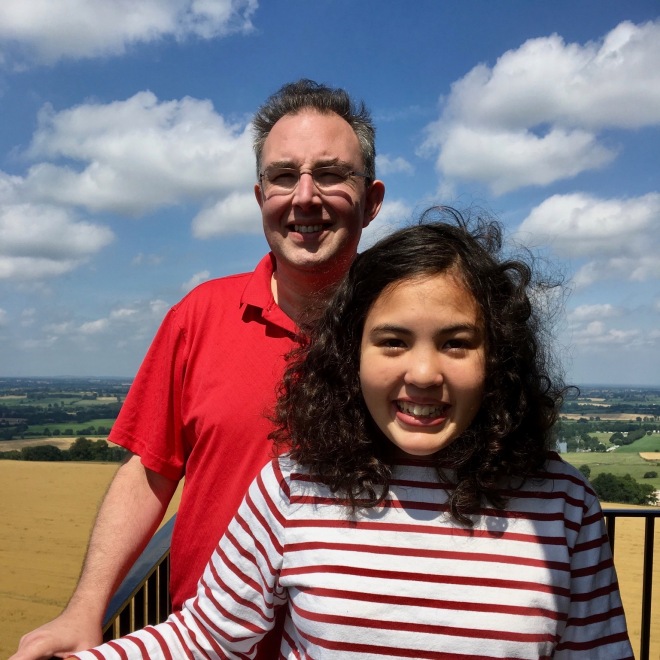 From the tower we had a spectacular view: 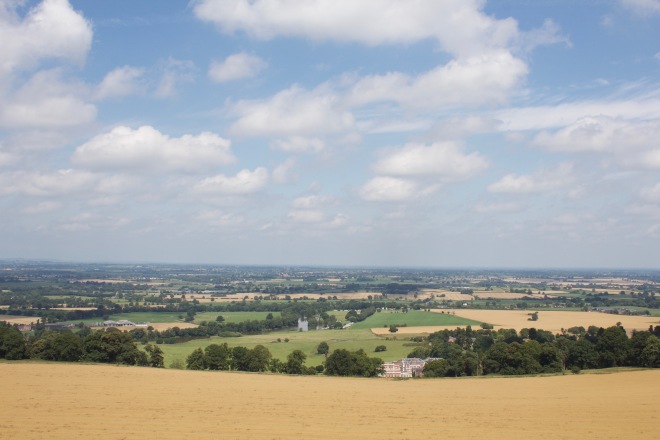 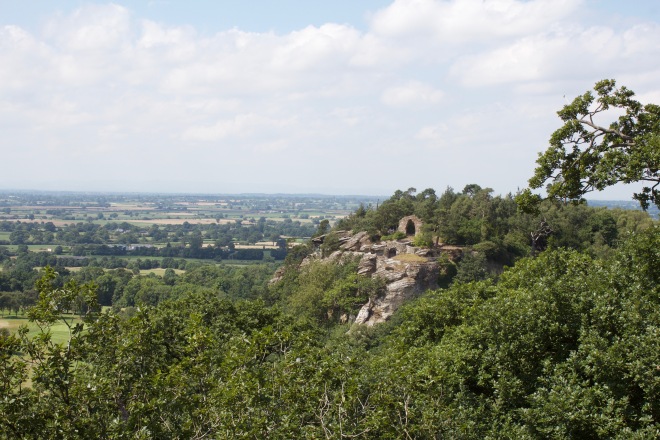 …but the girl in the bottom left corner was feeling a lot less cool and collected after having contemplated the spectacular drop. 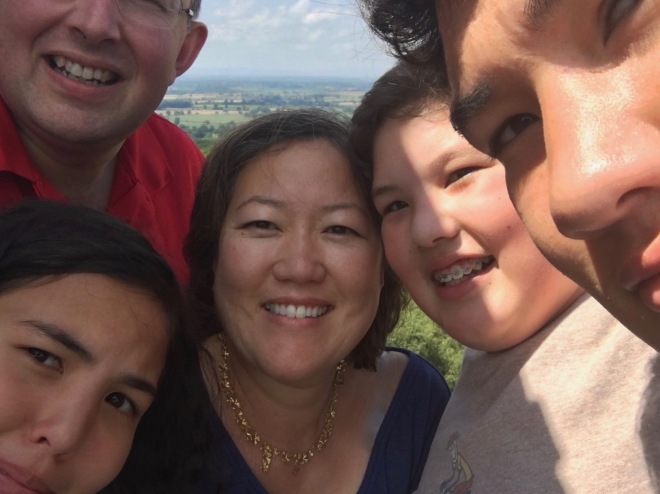 Another notable visitor experienced the same visceral horror…Dr. Samuel Johnson visited the Follies in 1774 and described “its prospects, the awfulness of its shades, the horrors of its precipices, the verdure of its hollows and the loftiness of its rocks…Above is inaccessible altitude, below is horrible profundity.”

We continued along the path. En route we passed the Hermitage… 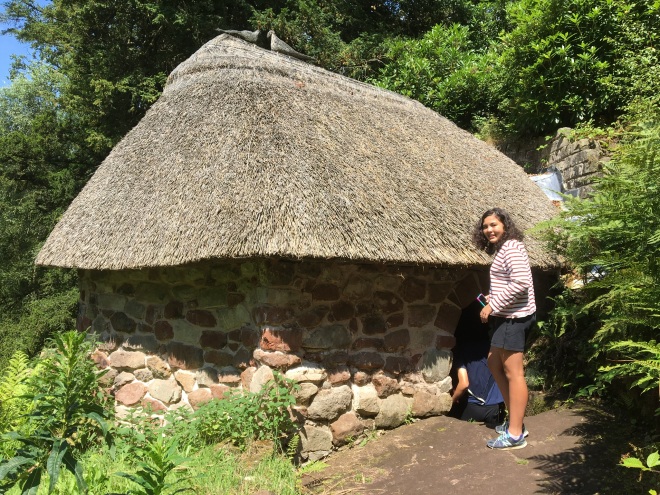 In the 1700s Father Francis would sit barefoot in his hut with a skull and an hourglass to meditate upon the passage of time and mortality:

We pressed on through dark caves, over shockingly narrow bridges: 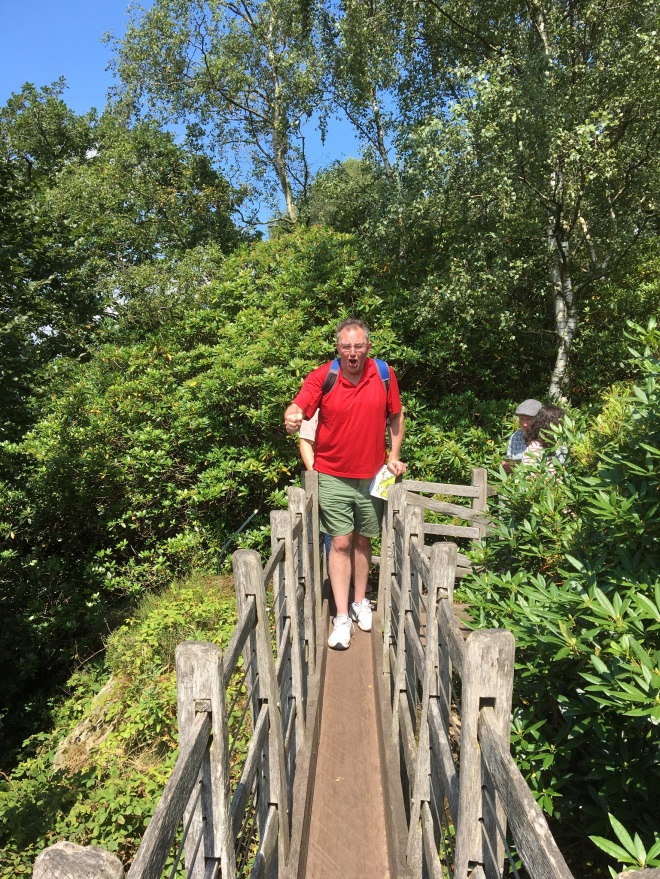 Channeling Gandalf: “You shall not pass!“ 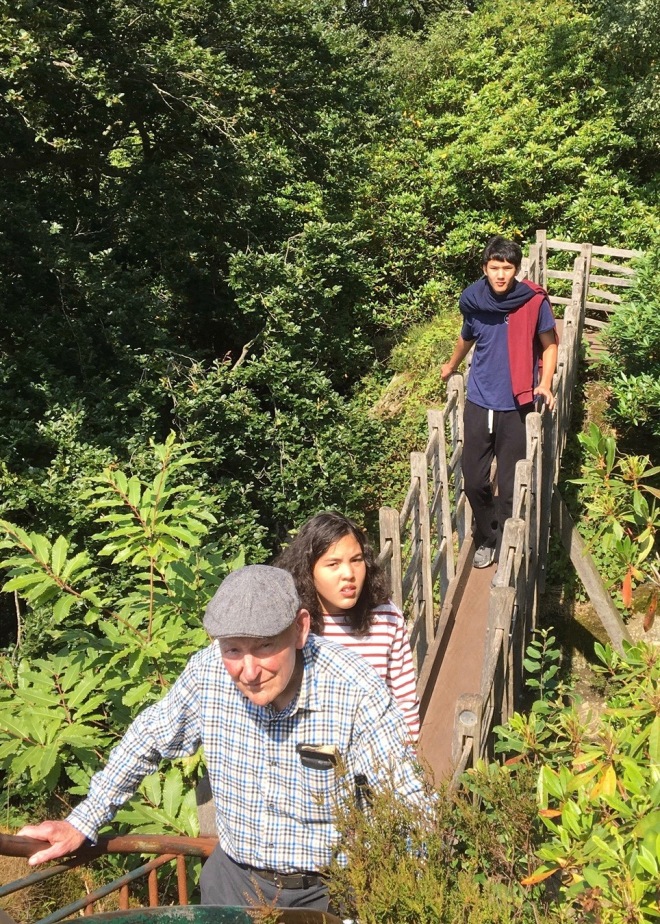 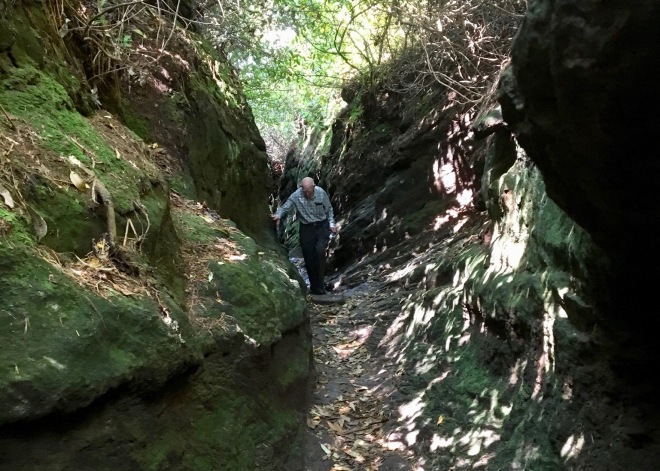 ..through The Grotto, which contained a treasure chest and a/The(?!) Holy Grail: 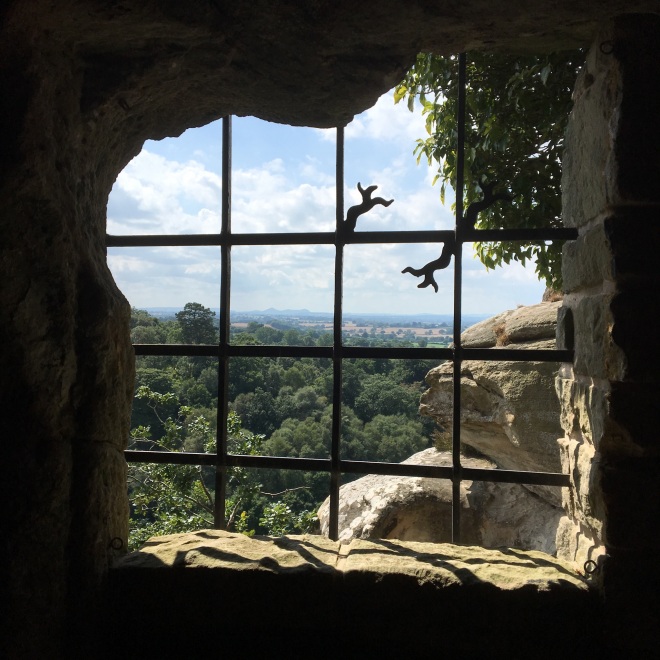 …and out to The Gothic Arch: 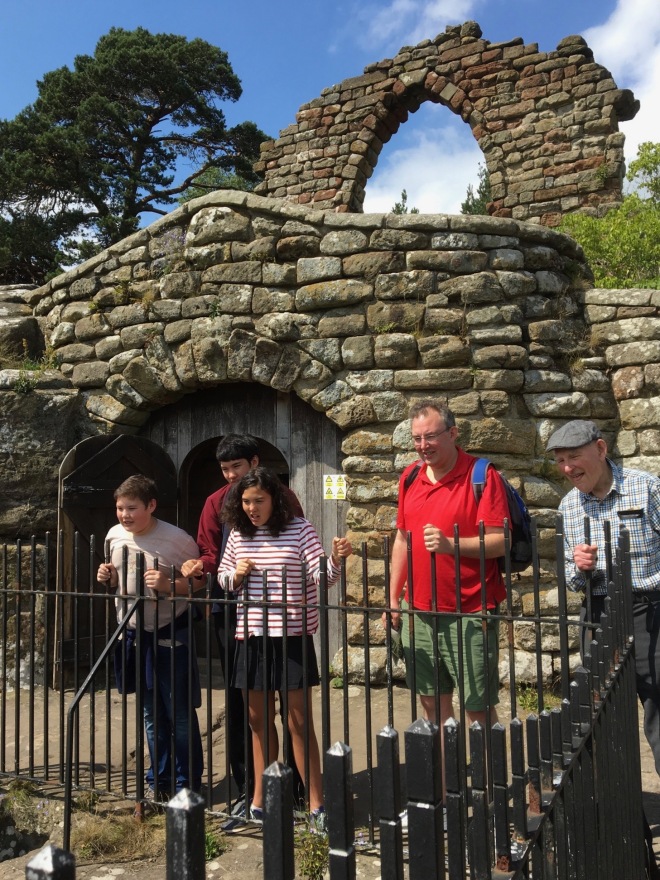 …which had an excellent view of the 10th fairway: 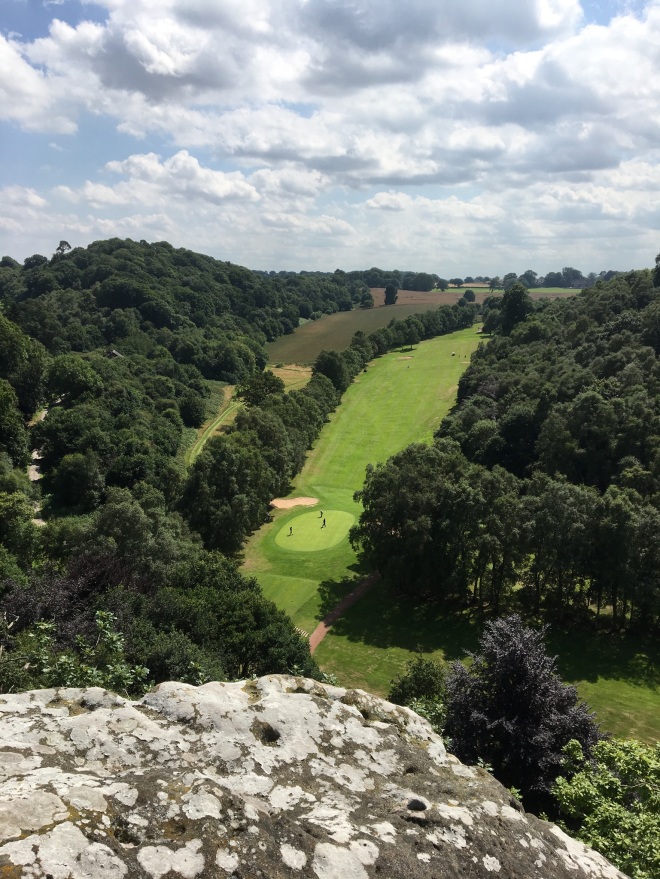 We were flagging, but still in good spirits… 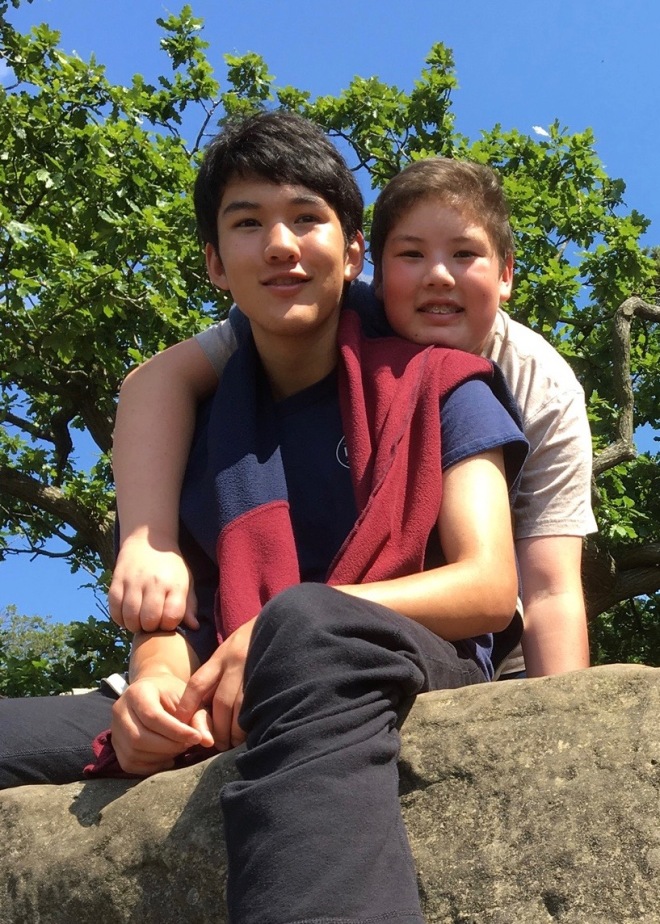 We were buoyed by signs we would see every hundred yards or so that promised a cup of tea to cap off our trek: 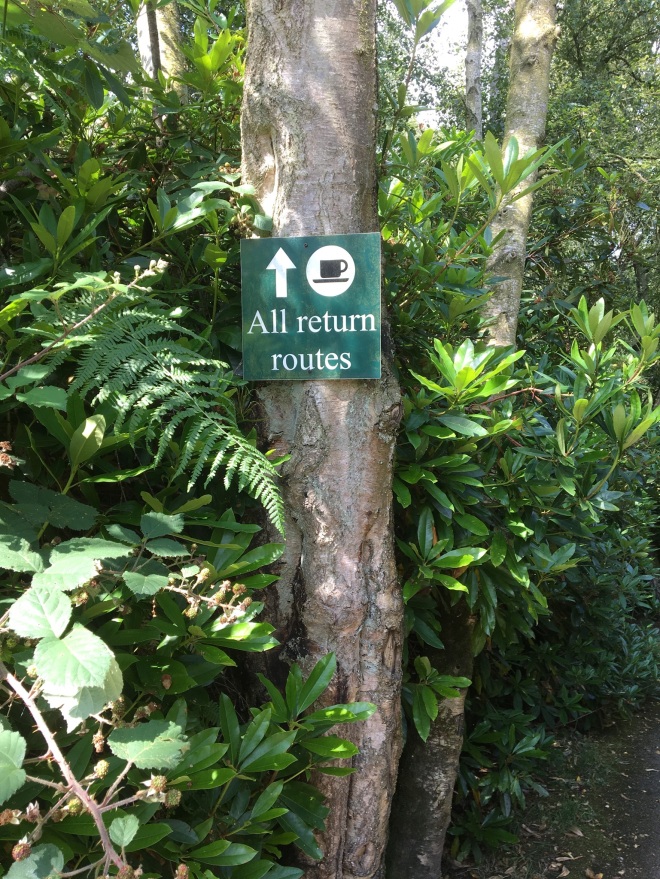 In the end, we were trudging along in the heat, desperate to get to the tearoom below. 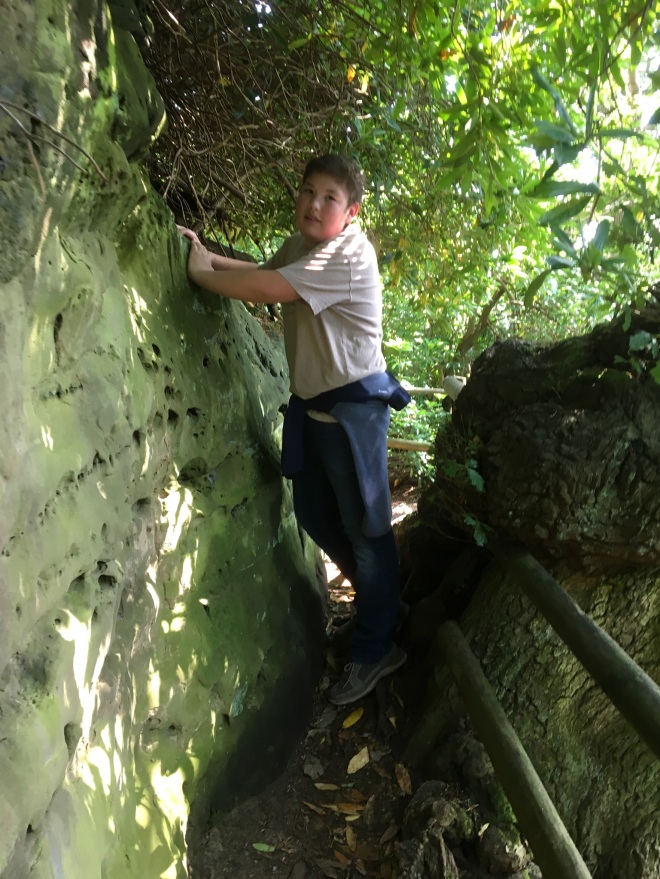 Our boy forged ahead of us all, ready to finish up the hike. Here’s where things took a weird turn. We should have been heading downhill to get to the tearoom, but in some sort of bizarre Escheresque effect, we kept coming upon stairs leading UP rather than down. Every time we heard an anguished wail of despair from our tired young trail guide, we knew that another set of stairs awaited us!

Of course, all good things must come to an end, and eventually – so at last did the hike.