On one of our last days in the U.K., we drove up the Great Orme, a sheer, sheep-dotted limestone cliff, which serves as a dramatic backdrop to Llandudno, a seaside resort town in Wales. 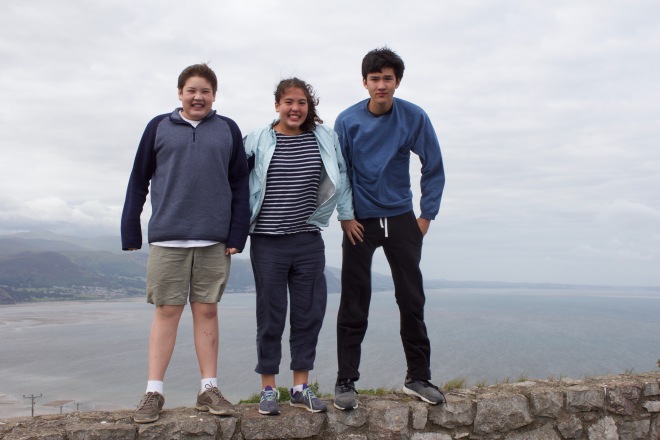 Trying really hard to not be blown into the void by the howling winds! 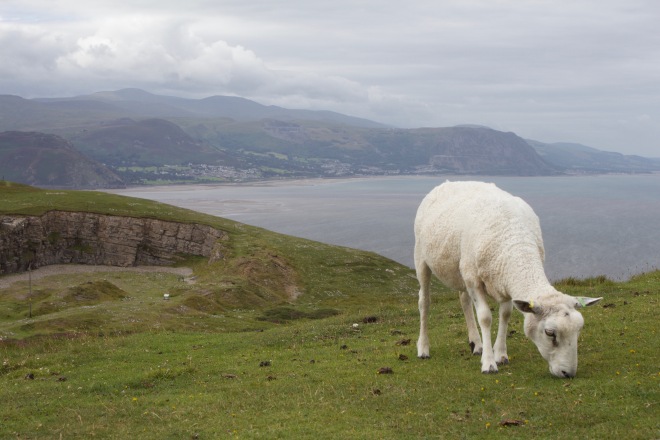 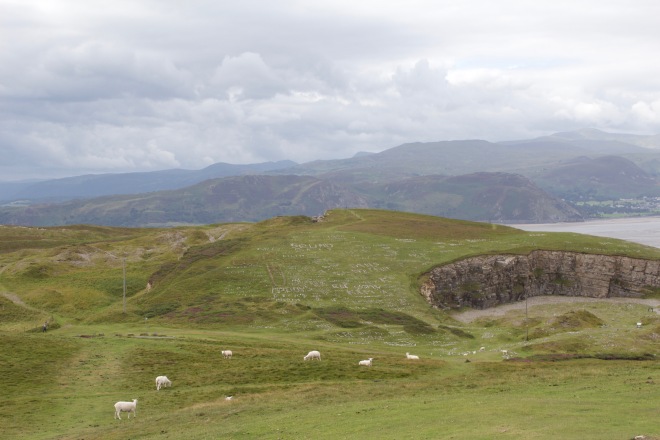 Wish I could read that stone graffiti! 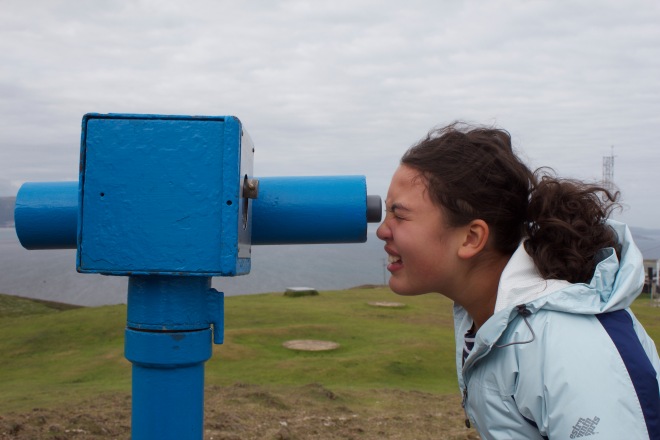 We drove back down to Llandudno and wandered around, looking for a place to have lunch. 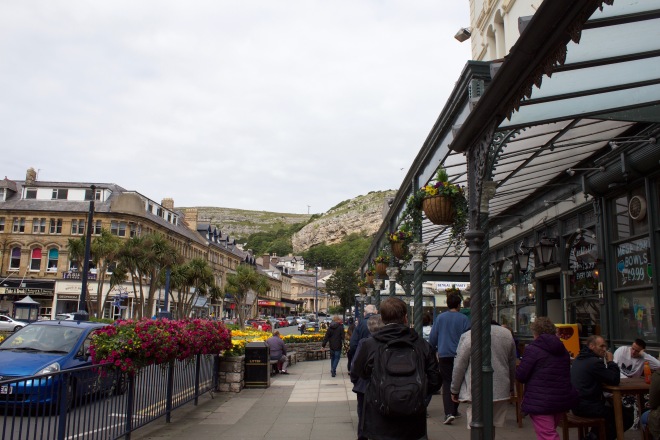 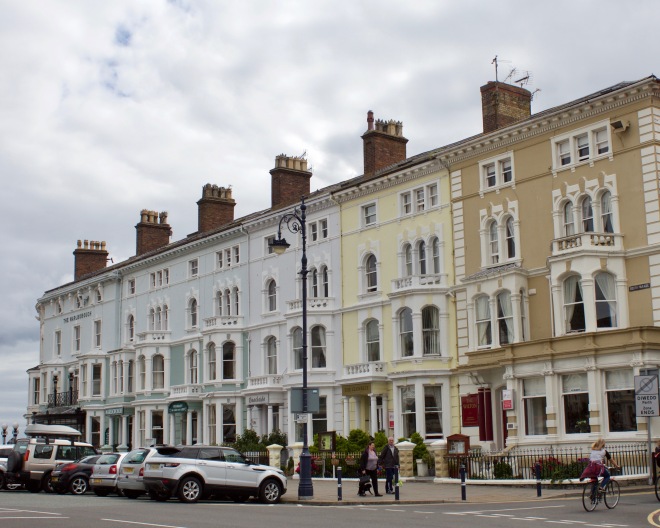 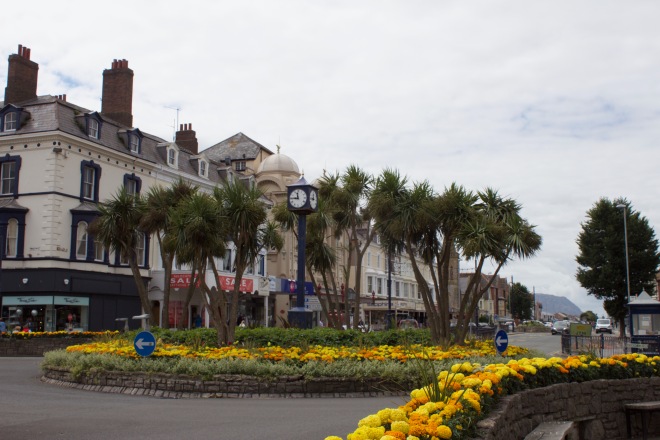 As we drove around the streets, I spotted an imposing statue in front of a church and realized it was the Queen of Hearts! 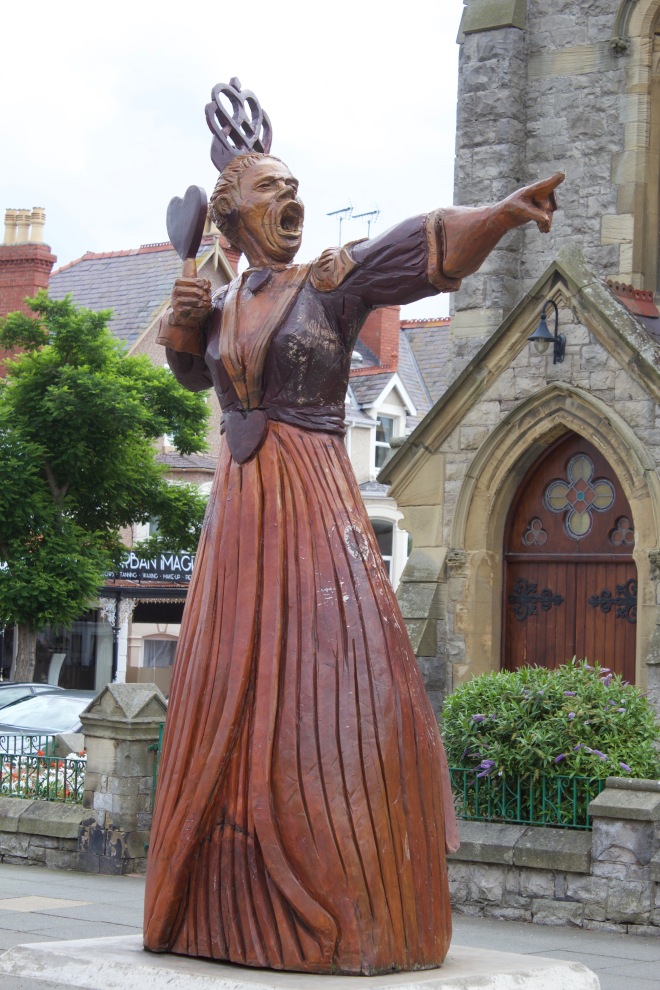 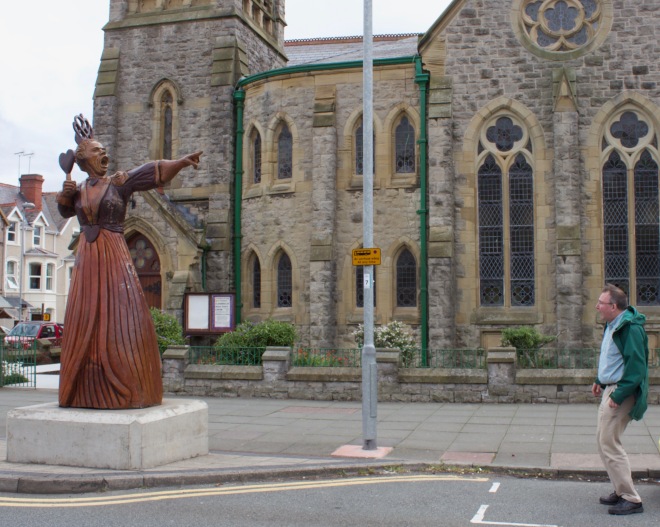 Have mercy, your majesty!

There are Alice in Wonderland statues all over the town. In fact, you can download an app, which will guide you through a whole Alice in Wonderland tour. Alice Liddell, the girl who inspired the book, spent time in Llandudno, because her family had a vacation home there. There’s some debate as to whether or not Lewis Carroll visited them there, but the town has, in any case, enthusiastically embraced the connection!

As we were driving around I was thinking about all the card Queens connected to popular culture. Besides the Queen of Hearts, there’s the Queen of Spades (from Pushkin’s short story and the Tchaikovsky opera based on it). The Queen of Diamonds gets a cameo appearance in the Eagles song Desperado. I tried and tried, but I couldn’t think of any Queen of Clubs. I was completely stumped.

Yesterday, it occurred to me that the answer had been in front of my face all along! Here she is: The Queen of Clubs! Yesterday, our daughter turned 12 and we played a celebratory round of putt-putt to celebrate her birthday: 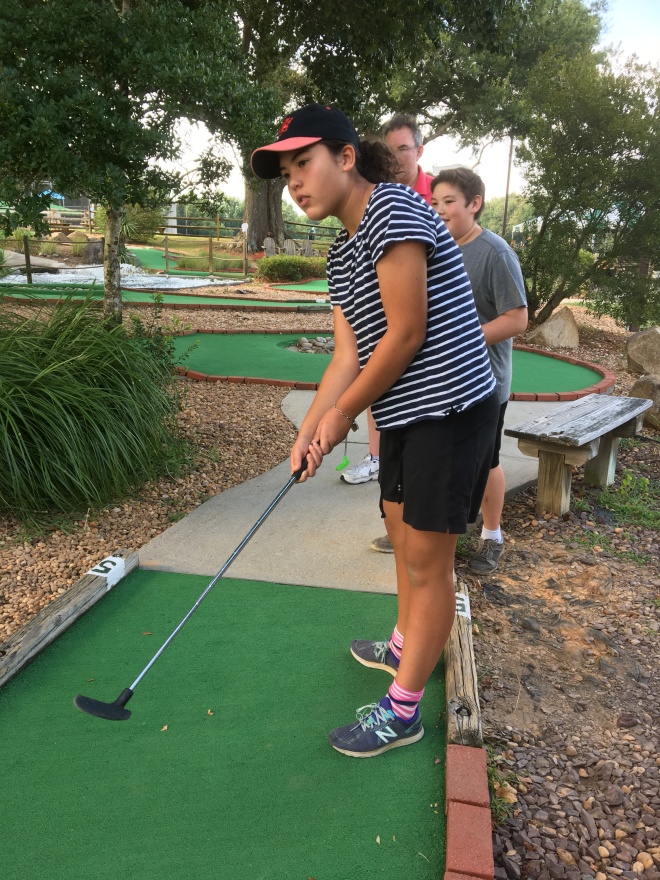 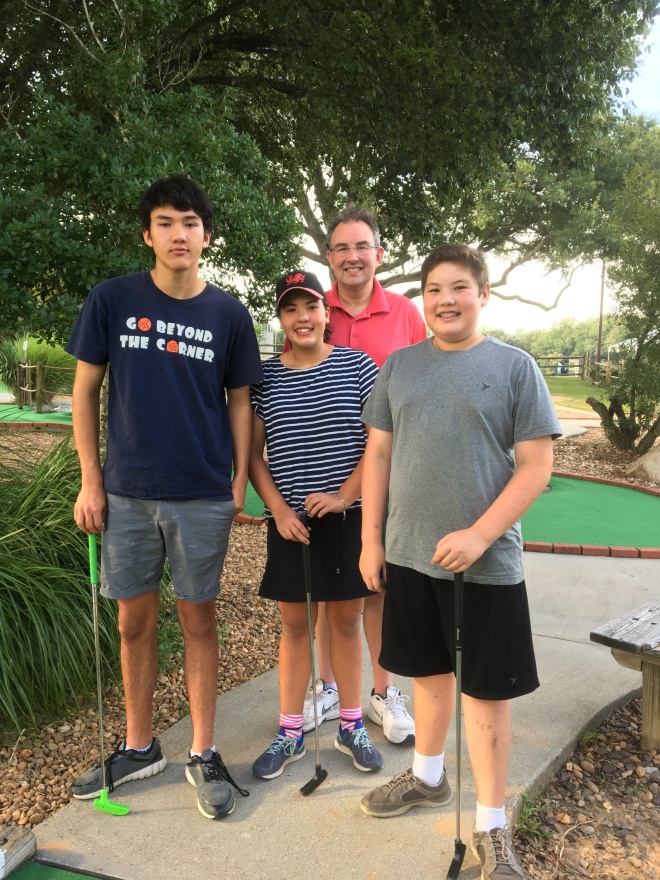 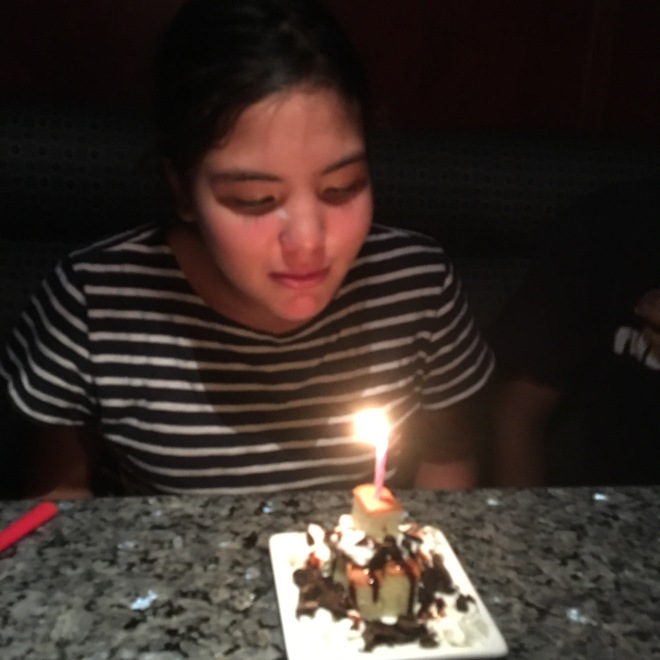 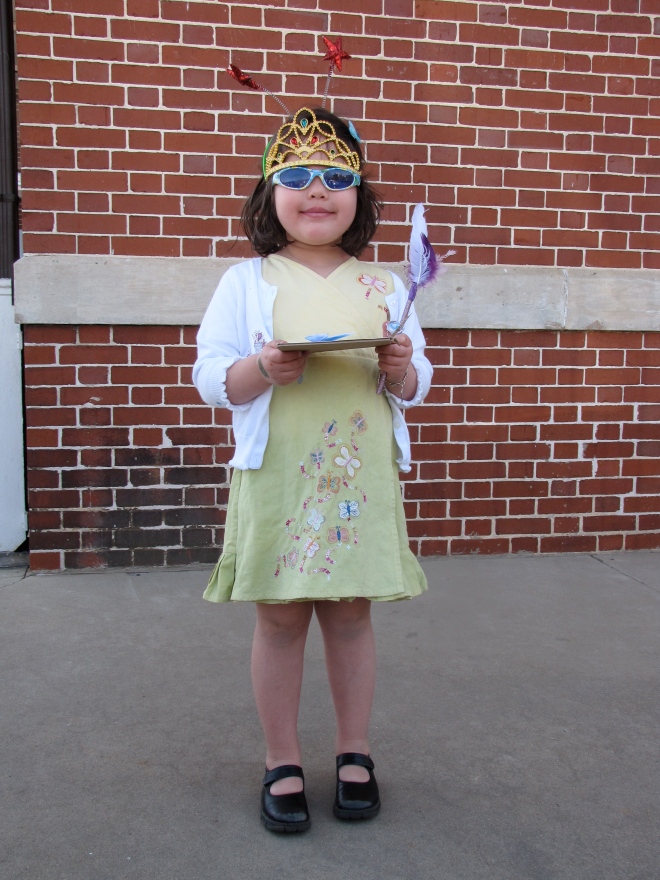 2 thoughts on “The Queen of Clubs”