I had never been to Arizona and was surprised by how different it was. I may as well have been in a different country…

The middle school my kids have gone to looks nothing like this one!

Or maybe even a different planet with alien life forms…

I’m so disappointed I didn’t get a picture of the two scorpions who terrorized us in our airbnb house.

On Friday morning we went to the Tohono Chul Park Botanical Garden & Galleries at the foot of the Santa Catalina mountains. 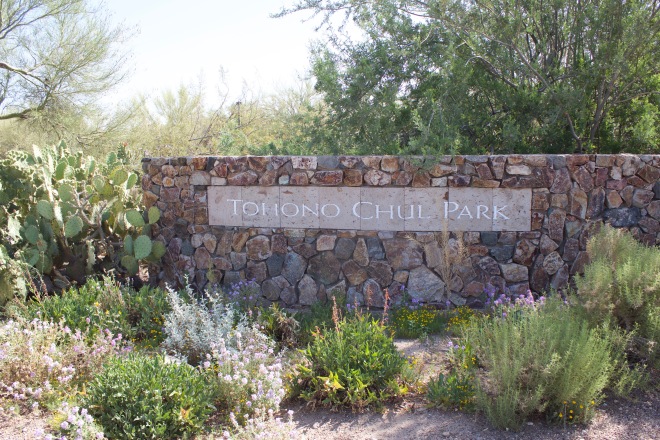 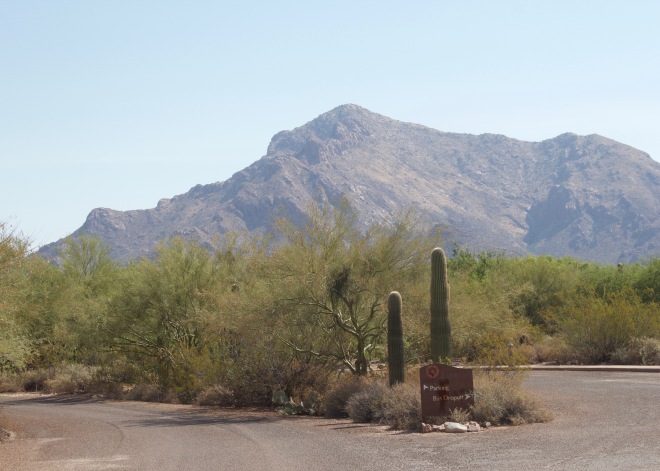 The gardens were filled with cactus and wildlife…

Here’s a fun fact! Those iconic saguaro cactus can live for hundreds of years. They don’t grow their first arms until they reach about 70 years old. We saw birds feasting on ruby wreaths of fruit that crowned the tops of some of them. Birds nested in holes in the sides of the cactus.

Others just plopped their nests right on top of the prickly spines:

…which just goes to show you that you can find a home in the unlikeliest of places. The garden was humming and buzzing and rustling with all kinds of wildlife, from jackrabbits to… 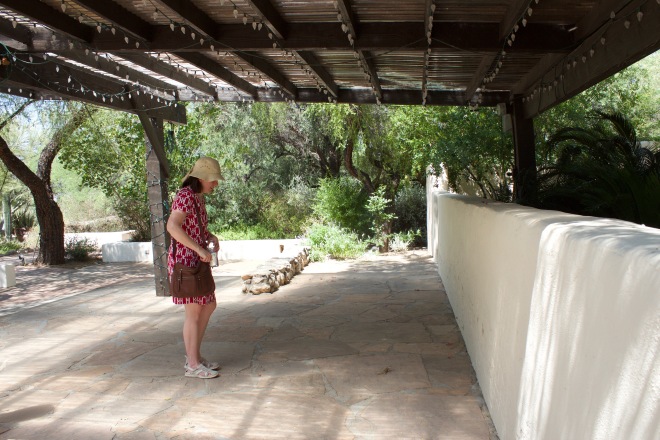 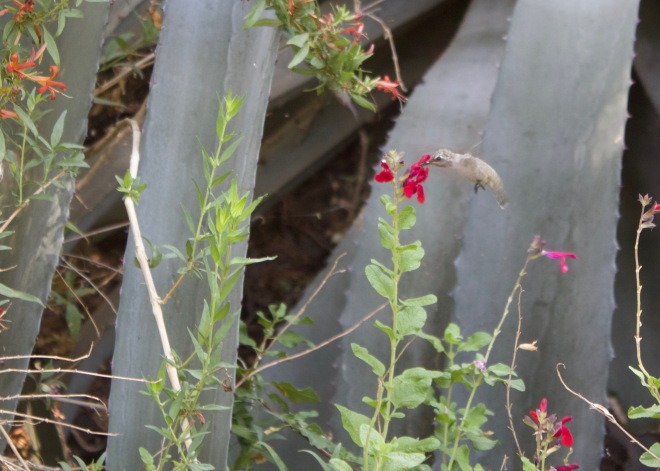 In the afternoon we headed to the DeGrazia Gallery in the Sun. Ettore (Ted) DeGrazia (1909-1982) was an American artist who is probably best known for his paintings of Native American children. To be honest I didn’t love his art, but I was impressed by the Gallery in the Sun, built so his paintings would have a place where they would “feel good inside.” A self-taught architect, DeGrazia designed and built a whole complex of adobe structures in the 1950s with the help of Yaqui and Tohono O’odham friends. Other than the gallery, the complex includes his own house and the Mission in the Sun –  a chapel which was unfortunately closed to visitors because of a very recent fire. The complex is now on the National Register of Historic Places. 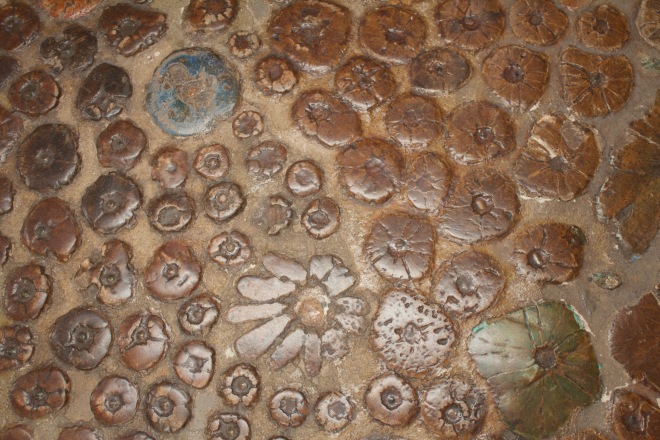 In one area of the gallery, DeGrazia used slices of cactus embedded in concrete as flooring.

The cactus courtyard was filled with an unearthly, metallic thrumming.