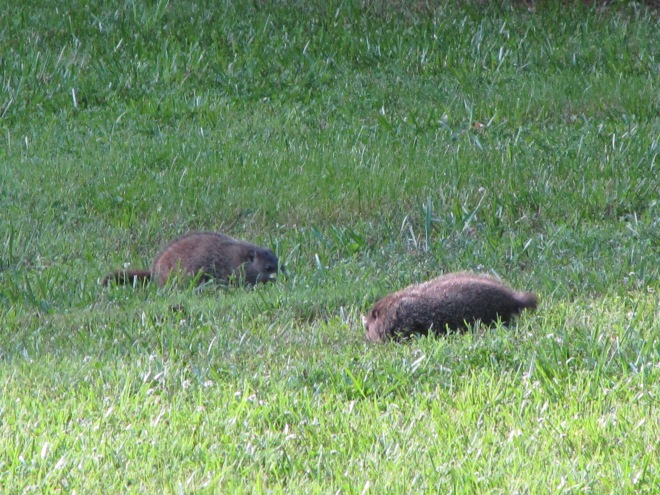 Last year a couple of fat groundhogs moved into our backyard. I wasn’t too concerned about this development until I saw the deep burrows they made under the barn and run-in shed. Internet research alerted me to the fact that these burrows can undermine the foundations of structures to the point of collapse. 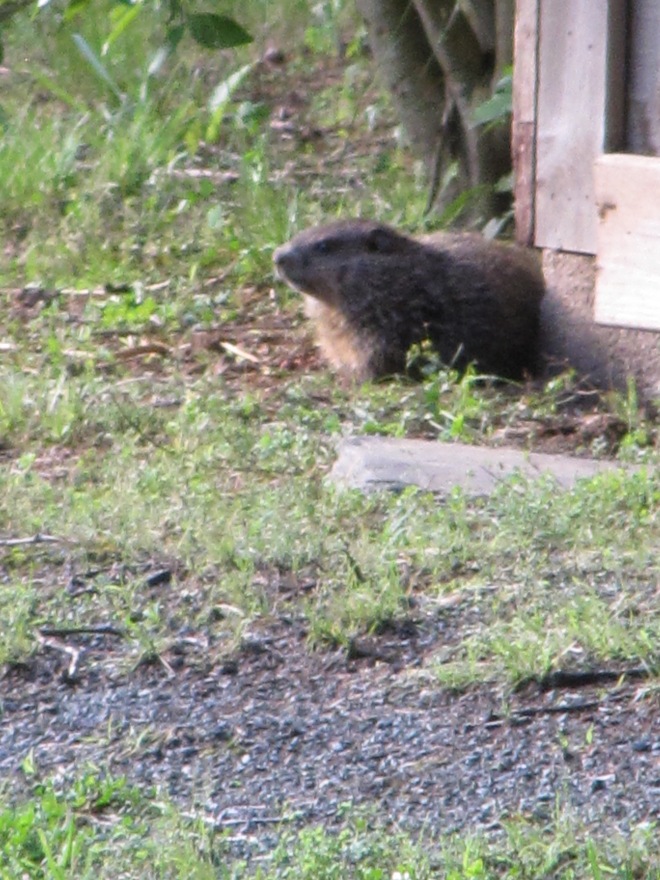 My first thought was to shovel rocks into the holes. Apparently a lot of people come up with this simplistic idea. Alas, the sages of the interwebs universally declare this to be a useless endeavor that will only cause the groundhogs to dig more holes. Furthermore, they shake their heads and roll their eyes while they do it. 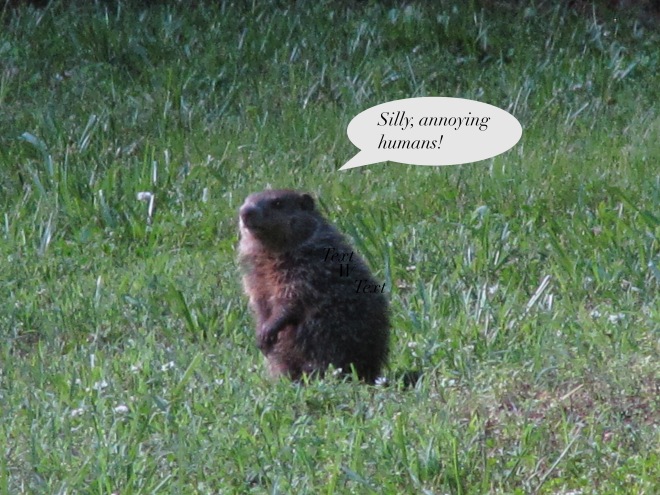 Last fall I bought a solar-powered stake you pound into the ground near the burrow. The stake is supposed to vibrate in such a way as to scare the rodents away. We followed the instructions to the letter, and miraculously – it seemed to work! The groundhogs disappeared.

They disappeared because they retreated to their love nest under our barn. They made love all winter long to the sexy ultrasonic vibrations of the groundhog repeller stake. This spring they reemerged to lay waste to our yard…with four new babies in tow.

“Yes, we can certainly help you with the groundhogs,” the pest control man said reassuringly.

“Fabulous!” I said, congratulating myself on my quick thinking and decisive action.

“We have two different kinds of traps we use. We would bait either kind with cantaloupe.”

“One is a Havahart trap. It might be hard to catch the babies, but we’d do our best…The other is a kill trap – ”

I didn’t need to hear another word.

“Oh, DEFINITELY the Havahart trap is what we would want.”

“Well…the thing is: it would be illegal for us to catch and release them, so even if we caught them with the Havahart traps, we would still have to euthanize them once we caught them.”

I’m many things, but I’m not a murderer. Especially not a baby murderer… 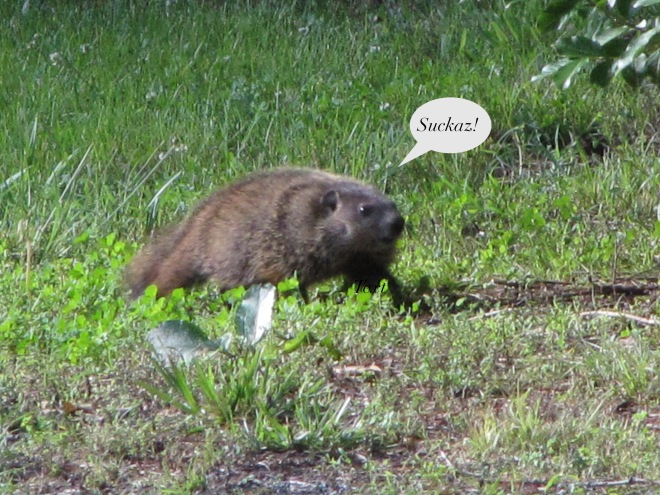 The other day my daughter tried to scare away a groundhog by running towards it. It turned on her with its big yellow teeth and snarled viciously at her, causing her to scream and run the other way. 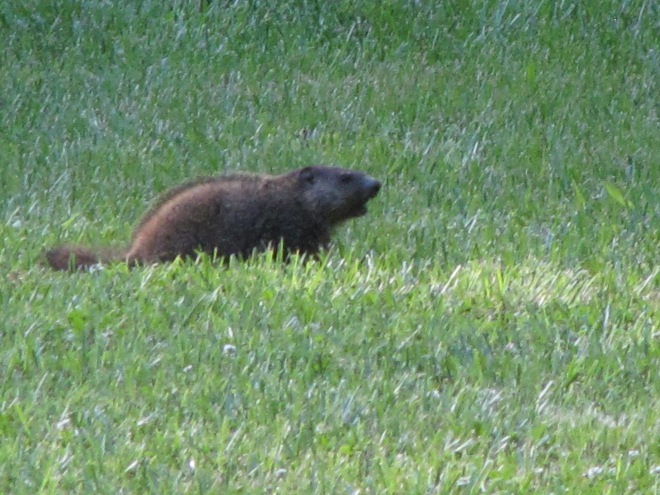 Later that day my husband was heading out to Lowe’s for various things.

“Hey! If you see anything to get rid of groundhogs, buy it!”

He returned with this container. 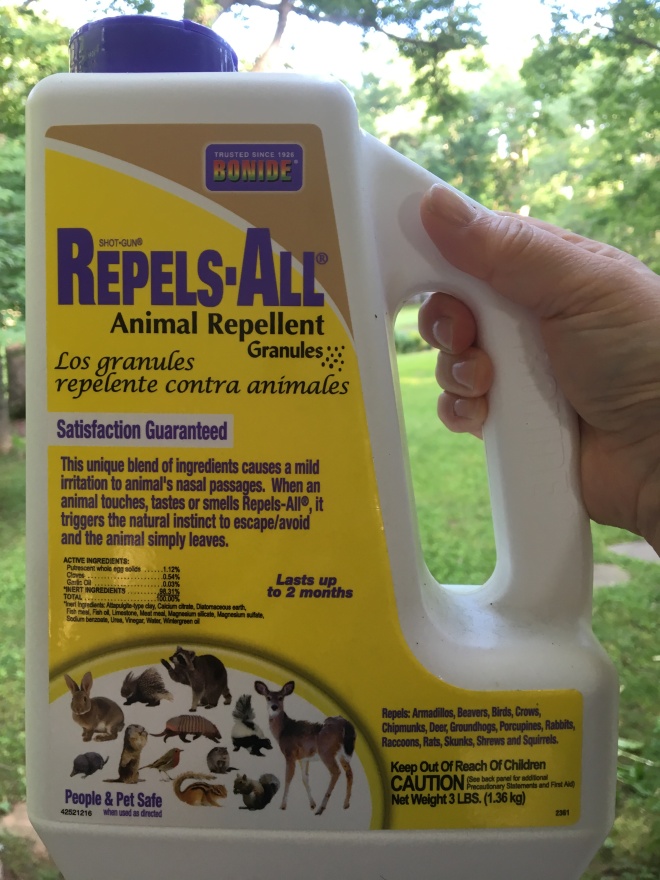 He chuckled as he pointed out the claim that “the animal simply leaves.”

We spread a thick layer all around the entrances of the burrows.

“UGH! That stuff smells TERRIBLE!” my daughter managed to gasp between dry heaves.

“Let’s hope the groundhogs think so too!” I said. 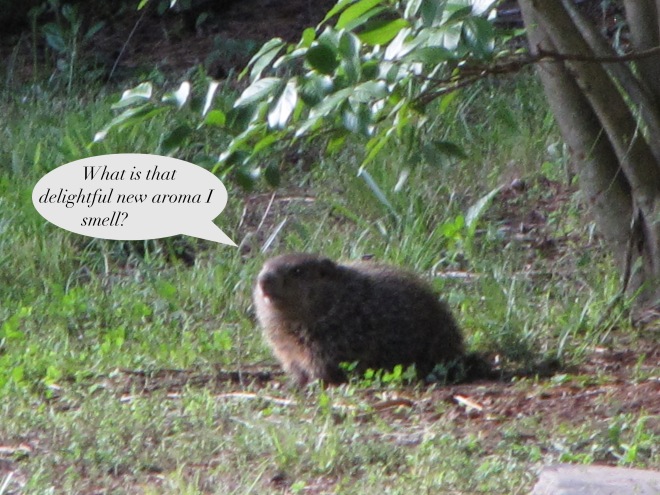 3 thoughts on “Us Vs. the Groundhogs”