We took a field trip with a caravan of friends to visit the wonderful A Better Way Farm and Goat Dairy in Waynesboro, Virginia. Ever since we moved to a house with a paddock and barn in the backyard, my daughter has been pleading for a baby goat. As my friend said, a visit to a goat farm truly was “a better way” to indulge her.

The goat farm is a one woman operation. Just a few years ago, Kathy was working at home as a computer programmer. She said she never dreamed she would end up being a goat farmer when she bought her house and land ten years ago. It all started when her youngest daughter asked for some chicks. (At this my friend and I eyed each other. The story sounded ominously familiar). “Chicks,” she said, “are a ‘gateway drug’ for other farm animals.” Soon all she wanted to do was be outside playing with the animals. She quit her job and started building her goat herd. Now all her children have grown and left home, and she runs the farm all by herself. Even though she has 70+ goats she milks by hand, chickens, a newly planted orchard, and bees, she says she’s having so much fun it doesn’t feel like a job at all! On the weekends she gives tours of her farm and from time to time gives workshops on things like goatkeeping, beekeeping, and soap making.

It was a delight to see someone so in her element. She knows each of her goats by name. “Hi, Magpie!” she says as she gives a black and white goat an affectionate head scratch. “My babies!” she cries to triplets, furiously wagging their little tails and clamoring for her attention:

We inquired about one goat who looked rather largish around the middle.

“Is she about to give birth?” my friend asked.

“Oh, that’s my very first goat. She’s not pregnant; she just never regained her figure after having her babies. She forgives you.”

I could definitely relate. 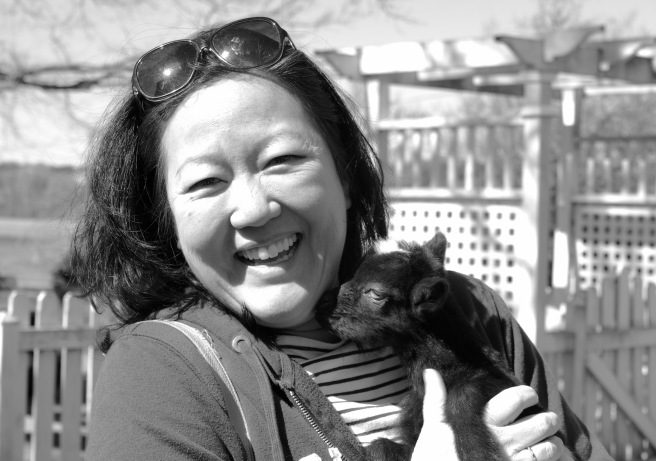 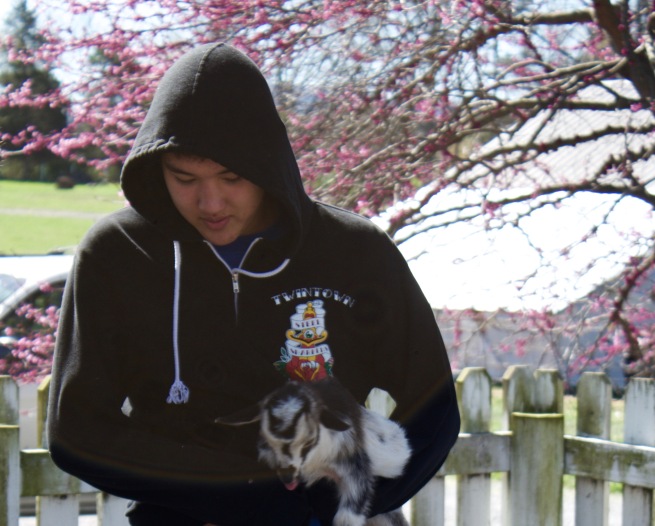 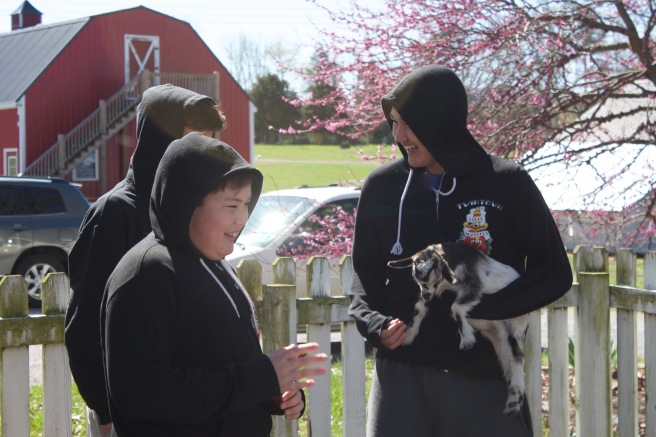 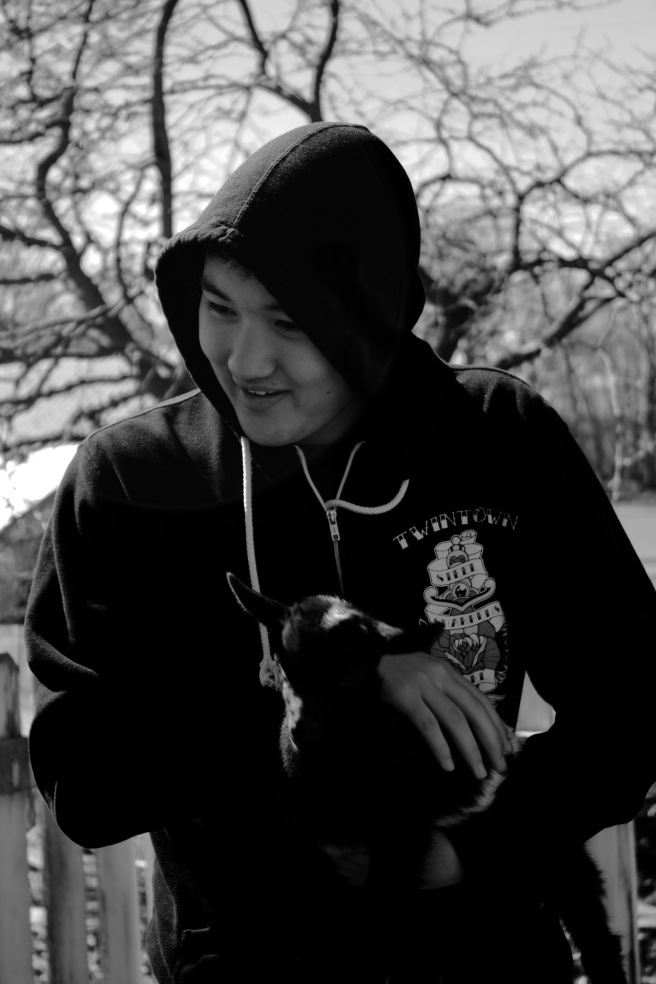 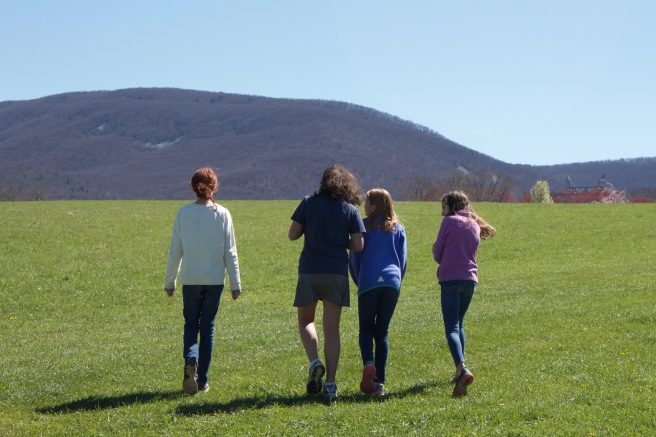 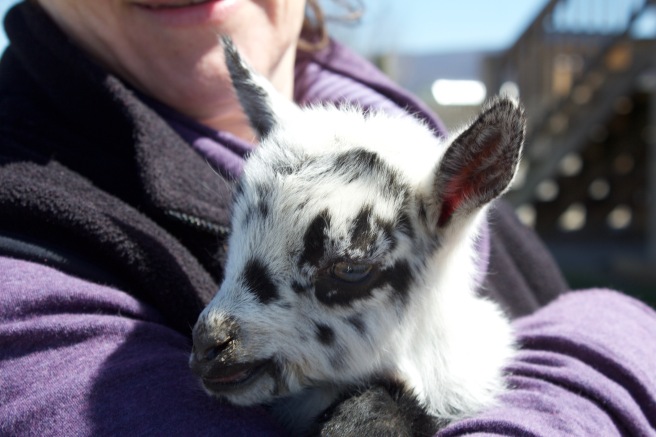 The tour concluded with a taste of creamy, sweet goat’s milk, which one of the visitors described as tasting like “melted ice cream.” We bought some chèvre, feta, and soap – all made from goats’ milk.

And though it was incredibly difficult to resist, we did not buy a baby goat.

One thought on “A Better Way”