The kids are having the perfect, lazy summer. Every morning I leave for work, slightly envious of the day they’ll have, but so delighted for them to be experiencing the joy of unscheduled time. Most days they are at home with each other. They are reading, making music, dreaming, scheming, having sleepovers in each other’s rooms, hanging out with friends…

In the spirit of laziness, here’s a post I wrote a couple Julys ago:

Last Friday morning I was in a big fat rush. It was going to be a busier day than usual at work. I woke up stressed out about all the documents I needed to crank out, the emails I had to answer, and the presentation I was going to give that still needed fine-tuning. The kids would be spending the day at our neighbor’s house, and I wanted to get them there early so I could get to work.

To my frustration, instead of letting me drive them there, the children begged to be allowed to walk. I didn’t have the heart to say no, but I warned them that they would need to hurry. I drove the short distance myself, passing them as they walked. I parked the car at our neighbor’s house and waited for them. While I stood there waiting, acorns turned into mighty oaks, mountains eroded into plains, and species evolved.

I was reminded of my son’s first tee-ball experience. During one of his games I was standing behind the fence right behind his two coaches. Whenever it was time for the two teams to switch sides, they would tuck their chaw into one cheek with their tongues so they could yell out, “HUSTLE, BOYS! COME ON! HUSTLE! HUSTLE! HUSTLE!” as they stood there with their arms crossed over their beer bellies. All the little four year olds would run across the field as fast as their little legs could carry them. My son would lope along at a gentle pace a few yards behind the pack. At one point, one of the coaches turned to the other with a look of disgust and spat, “That boy don’t know the meaning of hustle.” 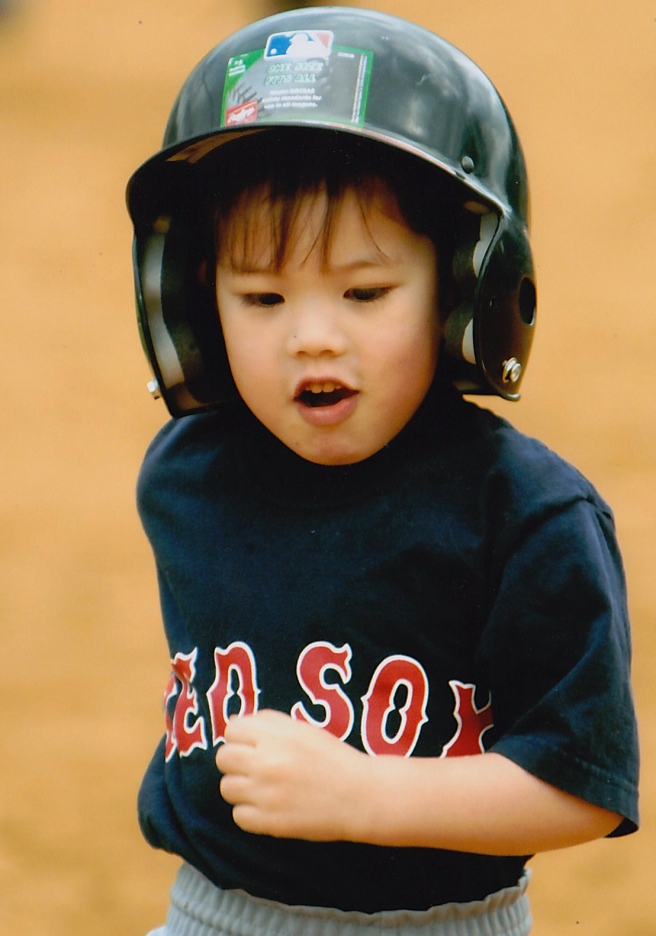 As I waited by the car in front of our neighbor’s house I could see my children slowly ambling along the road and thought, “Come on kids, hustle, hustle, hustle!” As if in perverse response to my mental plea, I saw them slow down instead, and then drop to the ground to inspect something.

“Come here, Mom! You have to take a picture of this!” my son called to me.

For a second I thought about scolding them and reminding them that I was in a hurry. For some reason, (OK, probably because my son so adroitly played to my photo obsession), I grabbed my camera and walked back to where they were. 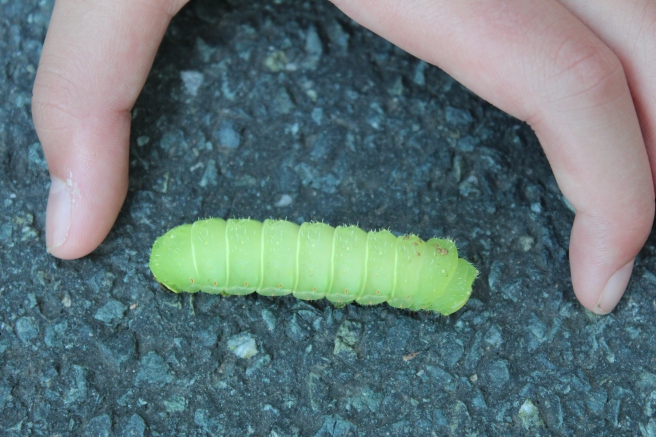 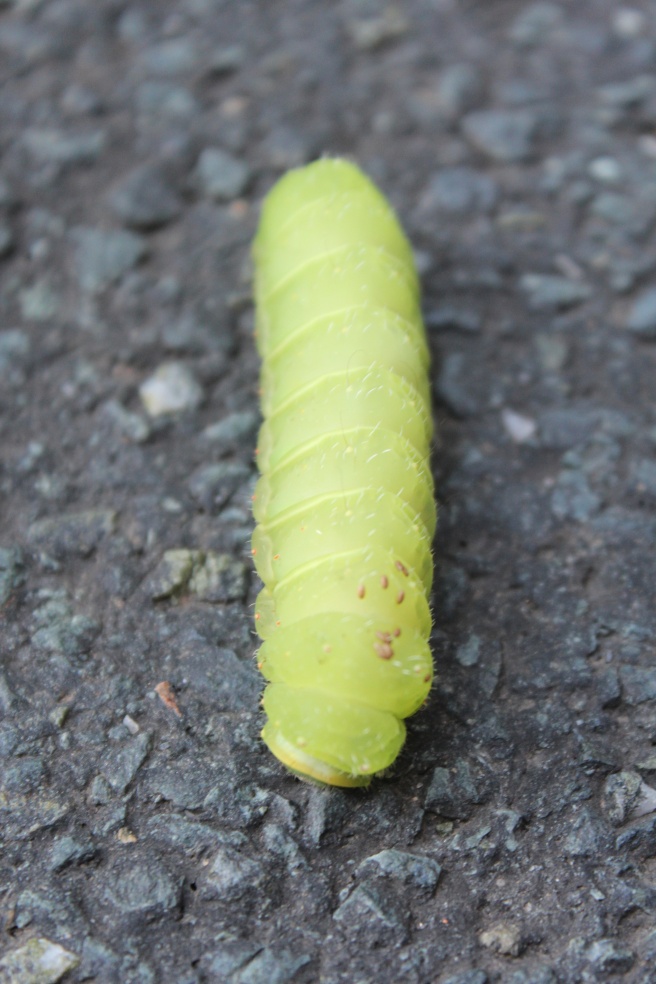 To be honest, I was kind of disappointed at first when I realized they were just looking at a caterpillar. But they were both so completely entranced that I crouched down to look at it myself. I could see their point. The translucent lime green skin! The perfectly segmented body! Those curious speckles!

The caterpillar was a cosmic gift. For a moment, the mere fact of its existence arrested time, that most precious commodity of all, and we were wonderstruck. Oh, to always have the open heart and reverent eyes of a child…to slow down enough to see the abundant miracles around us and to know instinctively that appreciation of these wonders must always take precedence over lesser concerns.