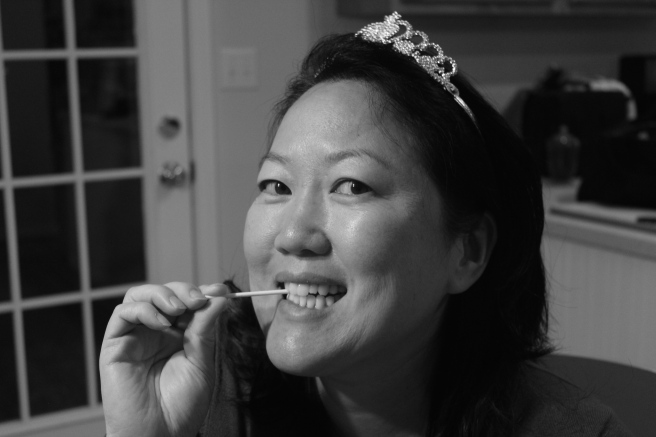 I sent an email to my mother the other day, asking her to ask my dad for clarification of our lineage for my Last Day in Seoul post. You may be wondering why I would be emailing my mom, when it’s my dad who had the answer I was looking for. My dad is a brilliant man, but is completely flummoxed by anything more technologically advanced than his beloved yellow legal pads and fountain pens. He has never typed a single word of his gazillion books by himself. He has never once had his own email account…Oh hang on, I totally take that back. The man is a freaking genius!

Getting no response, I ended up writing a very generic description of the facts as I remembered them in my post. Yesterday, my dad used my mother’s account to finally send a message back to me. I’m guessing she probably typed it up for him as he dictated it to her. In it, he outlined our ancestry in painstaking detail going as far back as, no joke, 247 AD. It was all dryly factual, perhaps with the exception of his recounting of the well-known legend of our ancestor Alji, who “as a baby came out of a Golden Box, which was found in a tree.”

Here’s an excerpt to give you a general idea:

King Kyung Soon, the last king of the Silla dynasty had three sons. The first was called Prince Ma Eui, who…became a Buddhist monk and left no children. The second son was Prince Kye Rim and he was named Grand Duke of Kum Seung and is the first forefather of our branch of Kims. My father was the 36th generation of Prince Kye Rim…My mother was the 17th generation of Admiral Soon Shin Lee of the Lee Dynasty, the well-known admiral who defeated the Japanese Navy of 350 warships with 13 fishing boats at the Noryang Battle…

At the end of my dad’s very long message was this editorial comment:

Adrienne, what is most important to us and to your children is the fact that we could all become like Kings and Queens. If we live and behave as decent human beings, we will be recognized as Kings and Queens.

Happy weekend to all you Kings and Queens out there.