Many years ago, in one of my darkest and loneliest of hours, I made a friend who became like a sister to me. I was living alone at the time. Every night I would cry myself to sleep in a grim, rat and cockroach-infested apartment in a welfare hotel that was gradually being converted into graduate student housing. I know this sounds maudlin and over the top…like something out of the 19th century Russian novels I was reading for my degree at the time, but it’s true.

When my friend and I decided to become roommates, we lucked into that rarest of commodities – a beautiful and affordable sublet in an elegant pre-war building in New York City. It was a sign. For one magical year, we lived in an apartment with a fireplace and a large turret window overlooking Riverside Park. That year it seemed like anything was possible and everything was going our way. We spent many a night talking and laughing into the wee hours of the morning. We threw lots of parties. We started a graduate student singing group. Two of the people we auditioned were already friends who knew each other from another choral group. They sang their way into the group and into our hearts. A few years later, we married them. Many more years and six kids later we live a few hours away from each other, but we try to get together as often as we can.

My friend still knows how to throw a great party. This weekend my husband had to stay behind to fulfill his professional singing obligations, but the kids and I drove up to Maryland to attend the party of the year. …a cozy affair with just my friends and all of our kids.

I admired some new ones too:

After dinner, we played a game that involved drawing winter scenes on paper plates…

while they were perched on top of our heads! 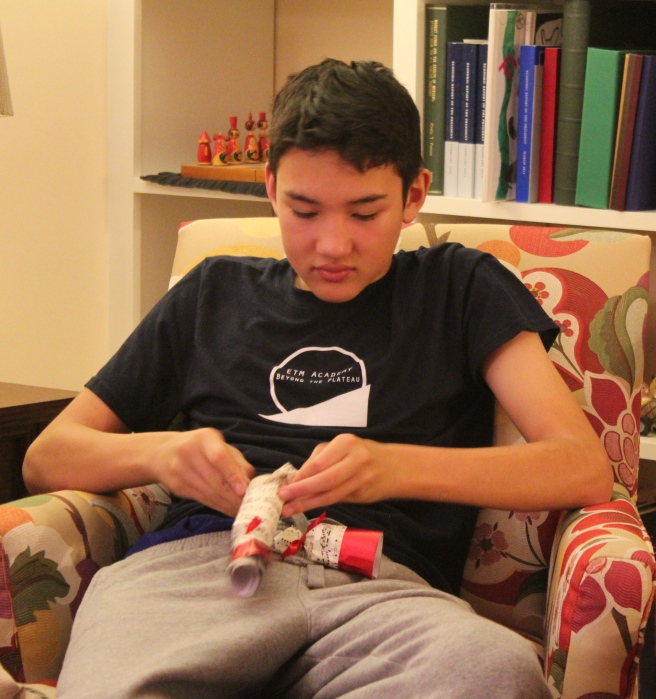 They contained whistles that played an entire musical scale…

So naturally we played a few songs… 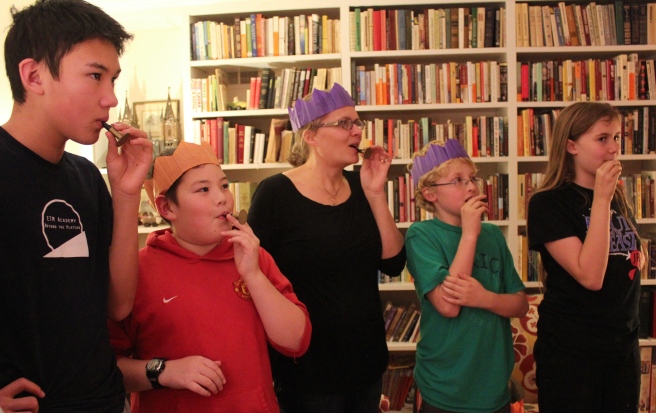 under the direction of our very able conductor:

This boy may have lost the dreidel game, but he’s a triple crown winner nevertheless:

We were sorely missing one of our tenors, but my favorite part of the evening was singing Christmas carols: 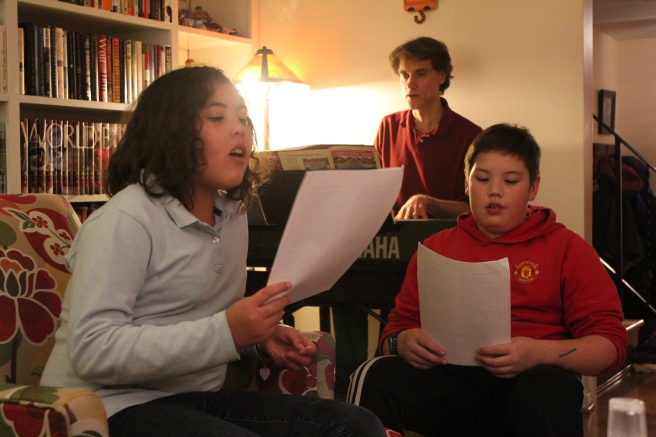 How lucky I feel to still be making music and merry together all these years later with these dearest of friends. 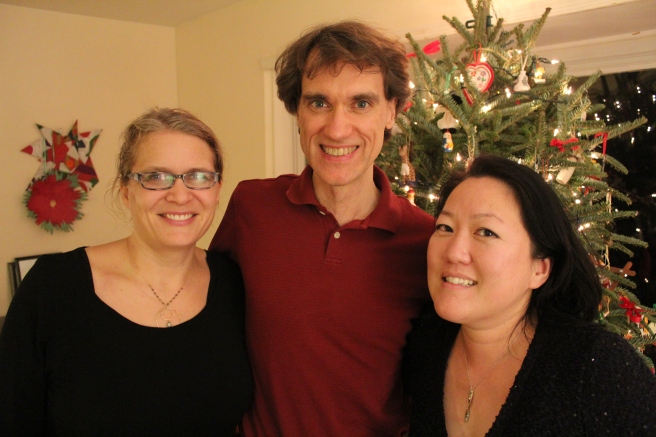