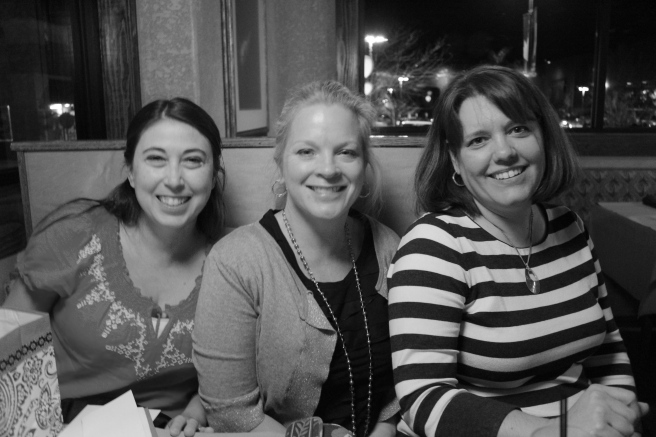 Like many mothers-to-be, I diligently read The Book cover to cover when I was expecting my first baby. My husband and I binged on an entire academic year’s worth of classes on childbirth and childcare. Despite all this, there were still many things I was not prepared for when I had my first child.

The daughter I was expecting turned out to be a son. When he was handed to me, I gasped, not in wonder and instantaneous love, but in horror to be perfectly honest. After 20 hours of labor, his head was alarmingly cone shaped. Jaundice had already started kicking in, and he was an unnatural shade of yellowish orange. Nursing, which I thought would be a piece of cake, turned out to be a sweaty, complicated affair that would leave both of us cranky and exhausted. It was so painful, I kept checking my babe’s toothless mouth to make sure there weren’t rows of razor sharp shark teeth hiding out in there. No one told me that I would be a walking spittoon for regurgitated milk and that I would consequently smell like rotten cheese for the first six months of my baby’s life. And in all of the many birth and parenting classes I took beforehand, not a single person told me about the mustard yellow projectile poop that would squirt all the way up the baby’s back to his neck.

Another thing I didn’t expect was that in these many classes I would make life-long friendships with other new mothers. I met the women in the photo at a prenatal exercise class. Our friendship has lasted through many joys and sorrows. Together we’ve celebrated the births of our first, second, and third babies, we’ve attended countless birthday parties, commiserated over illnesses and the inevitable issues that arise once babies become schoolchildren, and have consoled each other as other “baby friends” moved on to other cities. Last night we celebrated these thirteen years of friendship as we said goodbye (for now) to Christine, who is also moving away to continue her work as a developmental pediatrician in another city. In retrospect, I’m so grateful for all those classes I took. I met women who would teach me so much more than I could learn from a book or in any class…not only about the project of raising children, but about friendship. Until our next dinner date – “May the road rise up to meet you, and may the wind be ever at your back…” Thanks, Christine!

3 thoughts on “What to expect when you’re expecting…”