You can even get paid to lose:

Coach Al Groh’s severance pay buyout when he was fired in 2009: $4.3 million (I keep offering to lose some football games for half, or even a quarter of that amount, but no one’s taking me up on my offer. Hello? Hello?!)

UVa was paid $1.1 million by the ACC in 2011 to appear at the Chick-fil-A Bowl in Atlanta when they lost to Auburn…

It cost $800,000 to transport the team, band, cheerleaders, staff, etc. to the game, and Coach London and his staff earned $277,377 in bonuses for the team’s bowl appearance.

Last Saturday I took the kids to watch the University of Virginia’s first football game of the season, and our very first football game ever. Through my work, we’d gotten free tickets to a luxury suite. (Leases for these suites start at $59,000 a season)! Being in the suite proved to be a godsend when the heavens opened and rain started dumping all over the stadium, and especially when the threat of lightning forced an evacuation of the stands that lasted over two hours. We were shocked to see the stadium fill right back up shortly after it reopened for the rest of the game. UVa has some die-hard football fans. 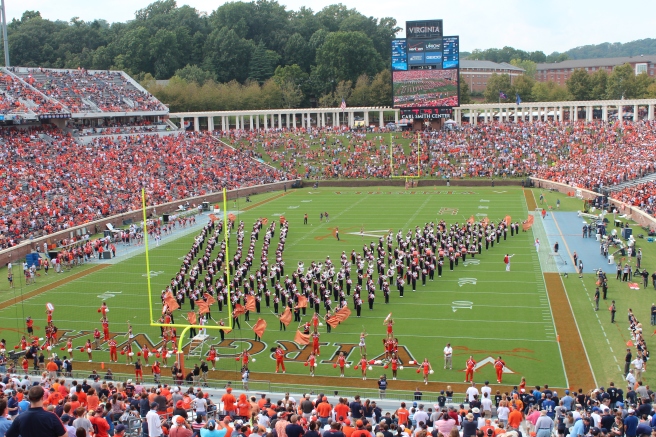 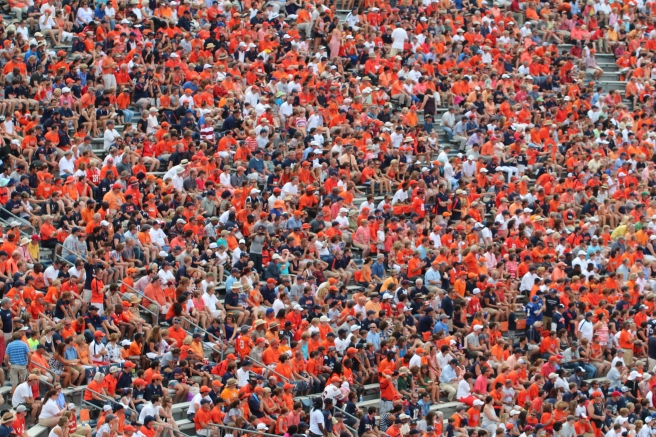 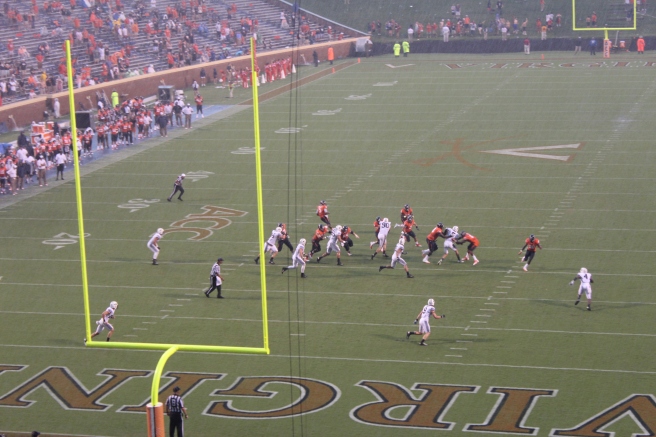 It was a nailbiter, but about six hours after the game began, our team won!