A couple weeks ago, I wrote about how my genius brother managed to game his way into the local preschool for children with learning delays. Yesterday I wrote about the few shows we were allowed to watch on television before my mother decided to destroy the set in as dramatic a fashion as possible. These posts got me thinking about another incident that involved my brother, school, and our family’s warped relationship with popular culture via the television… 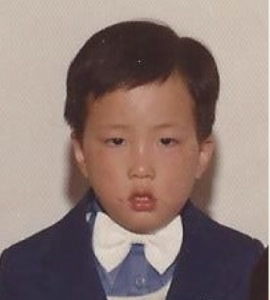 My brother Teddy discovered Fat Albert and the Cosby Kids in Kindergarten. He became completely enamored with the show, and with the character named Mushmouth in particular. Mushmouth is the slack-jawed character, who speaks with the slow, rhythmic cadence of a simpleton. He adds “buh” to every word so that he sounds something like this: “Heybuh, Fabuh Albuh.”

Teddy began talking like Mushmouth. Constantly. Concerned, his conscientious Kindergarten teacher alerted the specialist at the school, who began to pull him out of his regular classroom for intensive speech therapy.

When my dad got wind of this, we knew it was going to be ugly. As punishments were always meted out communally in our household, my sisters and I were all made to sit alongside our brother on the couch as my dad ranted on and on and on. It seemed like the hailstorm of words pelting down from that normally monosyllabic, phlegmatic man would never stop. In a thousand and one different ways, for what seemed like a thousand and one hours, he told Teddy that if he continued to talk like Mushmouth, people would think he was a Dummy, a Straggler, and a Weakling!

At long last, his lecture came to a terrifying crescendo with a thundering: “DO YOU UNDERSTAND ME?!”

Our jaws dropped involuntarily and my sisters and I froze in a tableau of mute horror. We held our breaths as we waited for the axe to fall. But so habitual had become this idiosyncratic way of speaking, my Dad didn’t even notice.

One thought on “My Brother is Special, Pt. 2”