Around his thirteenth birthday a few months ago, my son was waxing expansively about how it would be less than three years before he would get his learner’s permit to drive. It’s true that somewhere, somehow, some crackpot, who was smoking weed or was in some other way mentally impaired at the time, deemed fifteen and a half the age at which children could get their learner’s permit to drive in the state of Virginia. Of course, I hastened to disabuse my son of the notion that he would be getting his license at that age.

This silenced him for a few moments. I could see that he was performing some mental calculations before coming to an obvious, but unpleasant conclusion. Finally, he erupted, “If T (his eight year old sister) is driving me around when she’s fifteen and a half, I’m going to be really, really mad!”

It may be years before he ever gets behind the wheel of a real car, but this weekend we went Go-Karting at Windy Hills Sports Complex in Richmond, Virginia for his little brother’s belated birthday celebration and we all did some driving: 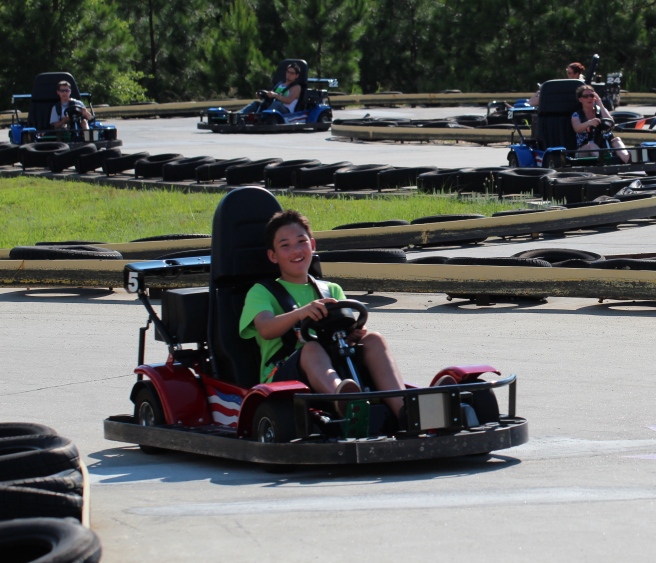 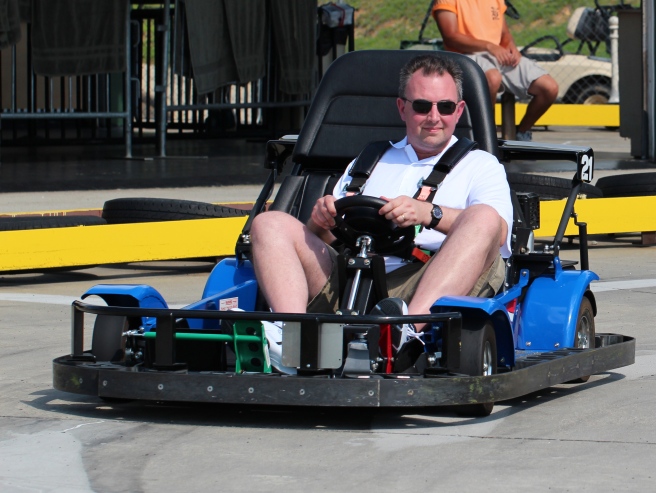 Clearly, my daughter was unimpressed with her mother’s driving:

One thought on “Weekend Snapshots 6”