The SPCA. Helping Hands, the elementary school service group I co-lead, took a field trip to our local SPCA. Miraculously, we left with no more and no fewer than the bodies we came with, though one of our second graders piped up at the end to announce that he had money in his pocket and was ready to make a deal…

“Price of admission” – an item from the SPCA wish list.

Soccer Games. My girl kept a clean sheet as goalie in the first half, and then scored the only goal for the win in the second!

Fundraising. My son’s Destination Imagination team is going to Globals along with another winning team from his elementary school. Between my daughter’s and his own soccer games, we worked at a huge yard sale both teams held in the school gym to help offset the considerable cost of the trip. My daughter was wandering around the yard sale when she spotted something on one of the tables.

“Is that my jack-in-the-box?” she gasped in horror.

I told her we would take it back if it didn’t sell, and fortunately, it is now back in our house, where it belongs. For the rest of the weekend she kept pointedly reminding me about how my sister had asked me for a pair of her baby sandals that had the perfect imprints of her tiny little feet and was furious when she found out I had thrown them away.

“My beloved Janel” surprised us by sending a check to help with the fundraising. We haven’t been able to see each other in way too long. We had a phone conversation to hatch a plan to fix this!

Gardening. I made the rounds of some local garden centers and got my fingernails dirty in my own garden… 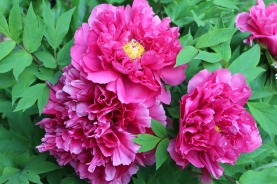 Theological Debate. My oldest son and I had a hasty and somewhat tortured discussion in which we weighed the merits of atheism vs. agnosticism and discussed the importance of being reflective, keeping an open mind, and always asking questions. All this in the church parking lot, minutes before Sunday School was about to start, as I fervently prayed that he would stop asking questions for Christ’s sake! I broke into a sweat as I surreptitiously snuck glances at the clock, and mentally calculated how much time it would take to cut up the paper strips we would need for the purple “cloth weaving” we were going to do as part of the lesson I’d prepared on Lydia opening her heart to Jesus.

Wrestling. Back at home, having just partaken in Holy Communion, where they symbolically sought “reconciliation in every instance of conflict or division,” the boys decided to have a wrestling match. As always, it ended up in tears and bitter recriminations. For the next half hour, I made them practice for their piano recital, but Beethoven’s Rage Over a Lost Penny, kept derailing into Rage Over a Lost Wrestling Match. Finally, I was forced to bellow, “STOP TALKING TO EACH OTHER! YOU ARE NOT ALLOWED TO SPEAK TO EACH OTHER AT ALL! NOT. ONE. MORE. WORD!!”

Piano Recital. My husband headed off to Lynchburg for his own concert with his singing group. The rest of us dusted ourselves off and staggered to the boys’ last piano recital of the year…Rather than run the risk of more bickering, I made the oldest sit up front with me during the ride, instead of in his usual spot in the back of the minivan with his siblings. En route, he and I devised a post-recital game plan.

Obligatory Photo Op. As you can see, the boys worked it out, as they always eventually do. 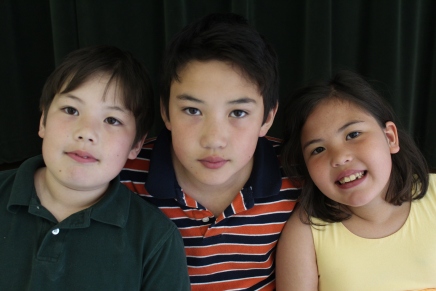 The kids took turns taking pictures of their own.

Then they took a series of “artsy shots” and insisted I post them on the blog today. There you go, kids:

Not bad at all!

“Why are we going there?” my younger son asked.

His brother and I answered him simultaneously:

Me: “To save your relationship with your brother.”

When I went to check on the boys tonight, I realized that N. had set up a makeshift bed for himself on the floor of T’s bedroom. Peace in the valley. I’m heading to bed.