My seven-year old daughter has been obsessed with Greek mythology all year long.  Her brother was not interested in competing in his school’s annual middle-school Mythology Bee, but on a whim I asked if his sister might be able to participate.

All week long she was both nervous and excited about the bee. As we were getting ready to go, she asked, “Shall I wear something fancy?”

“Sure!” I said, assuming she’d put on her usual cotton knit dress. It’s the only dress she’ll ever wear, because she abhors anything that is the slightest bit itchy. But when next I saw her, she was resplendent in a gauzy red dress and wool sweater. Now I knew the girl meant business. She asked me to help her with the buttons, saying with steely resolve, “This is going to be itchy, but, oh well.”

When we got to the auditorium, she crumpled and decided she wouldn’t compete after all. She was on the verge of tears. I told her she didn’t have to compete if she didn’t want to, but at the very last minute, she screwed up her courage and went to take her place in one of the rows reserved for the contestants.

She looked tiny in the seat surrounded by middle-schoolers, and even tinier when she went up to the microphone to answer her questions.

The older kids were lovely to her. As she made her way back to her seat after each round, they included her in the ritual congratulatory hand slaps they were giving each other.

She was eliminated after a few rounds, but at the end, those who made it past a certain point were taken to another room to be given a written test to determine who would place.

At the award ceremony, my daughter’s name was announced as the 9th place winner! 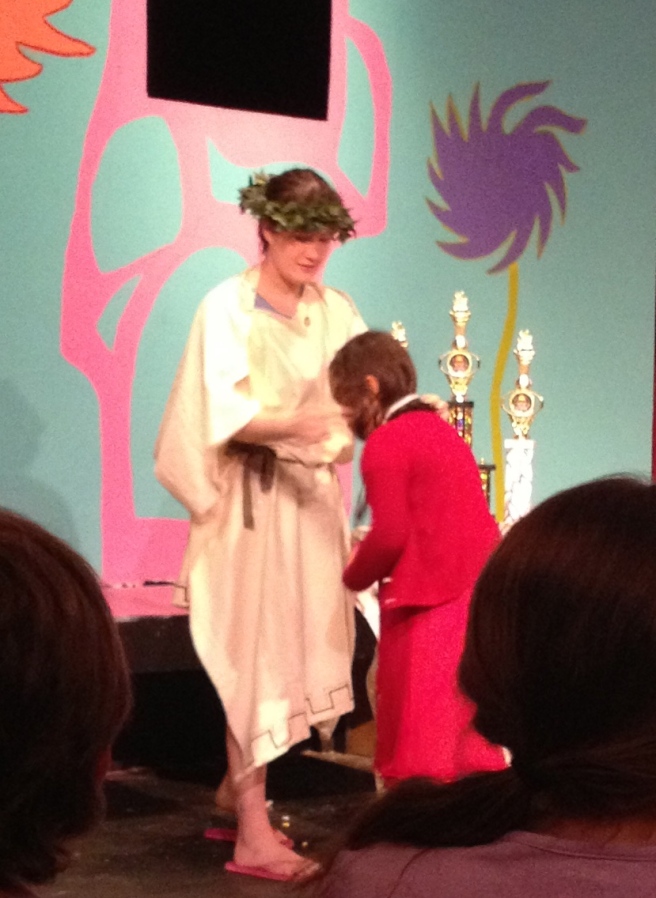 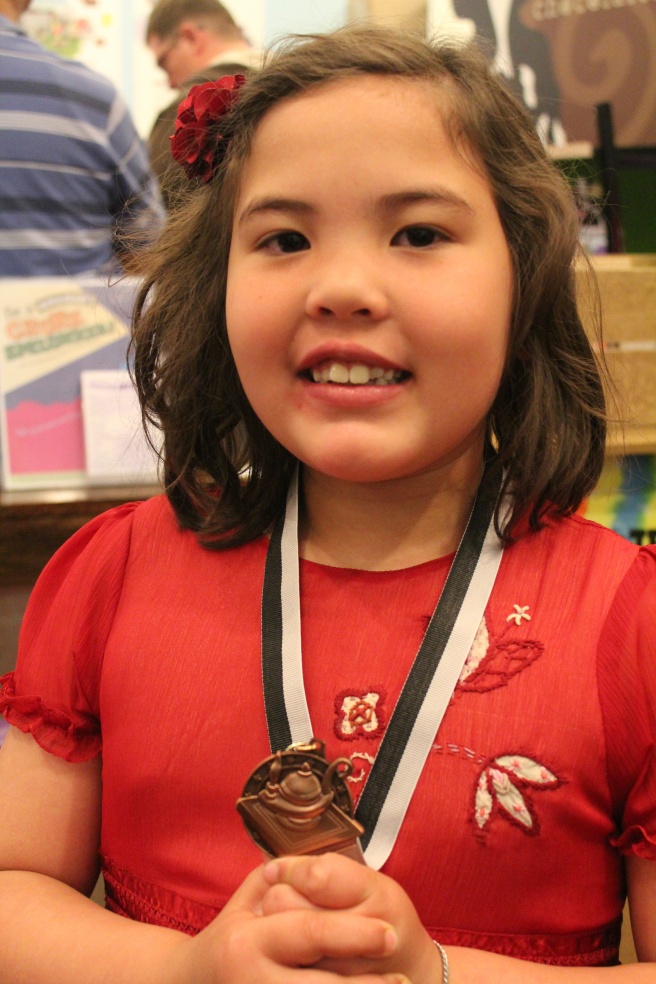 Her brothers were delighted for her

Of course, we had to celebrate!

“I’m so happy! I’m going to sleep with this tonight,” she announced, gazing at her ribbon.

“That would be too dangerous. You might choke!” I cautioned.

She slept with it clutched in her little hand.