We bid a fond farewell to our friends Hiroshi and Naho, who return to Japan this week after two years in Charlottesville:

Helping Hands wrapped up its winter session. This is how much money we’re donating to some of our favorite organizations: 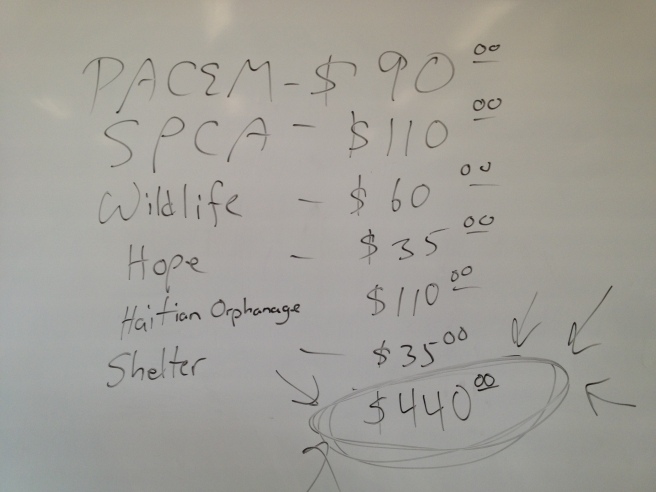 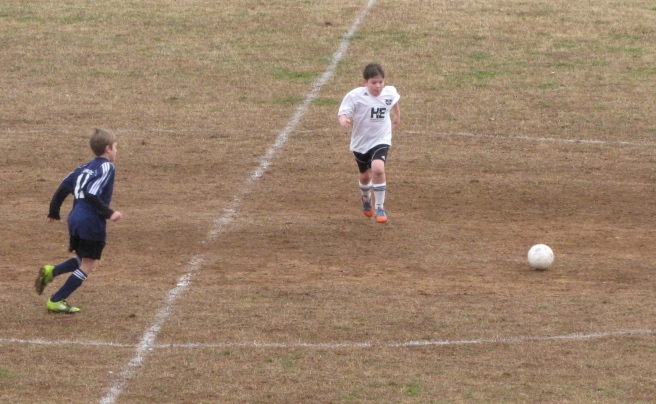 My sister and parents made the trek to C’ville, partly to see my son’s school play and partly for the bubble pancakes at Taste of China:

I wasn’t sure what the quickest route to my son’s school from the restaurant would be, so I asked my friend Siri. You know, the one who likes to mess with my head? (Lost) : 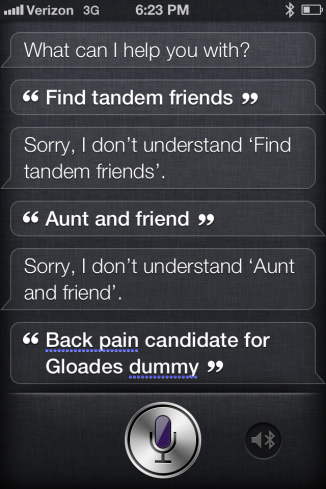 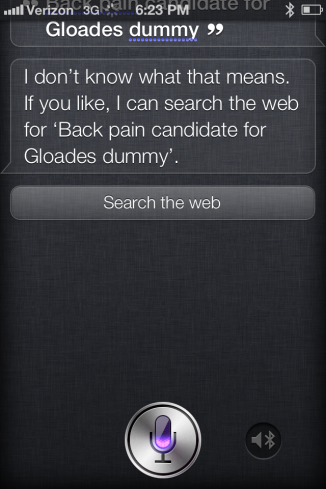 My mom said, “I can’t believe she called you a dummy!”

We somehow made it to Back Pain Candidate for Gloades School without Siri’s help. Café 007  is an annual event at Tandem Friends School. It’s a series of skits, poems, musical numbers, and short films written and performed by the seventh graders, who are all required to take drama for the second half of the year. To me this is learning at its finest. Putting a show like this together involves creative writing, problem-solving, cooperation, and collaboration…It was hilarious and moving to watch the kids performing skits and songs they’d written themselves, dancing with wild abandon, and hurling themselves headlong into their goofy roles. You could tell they trusted each other and the support of their community. 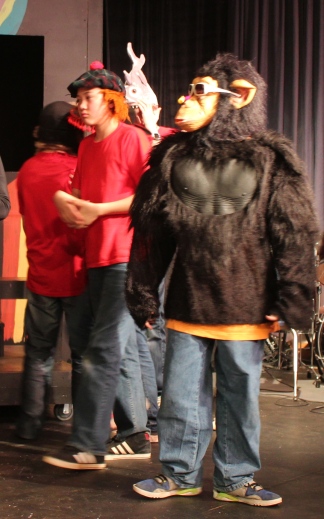