It was a musical weekend.

On Saturday we went to hear a Christmas concert performed by Zephyrus, Colin’s early music ensemble:

Pre-concert dinner at The Nook on the Downtown Mall 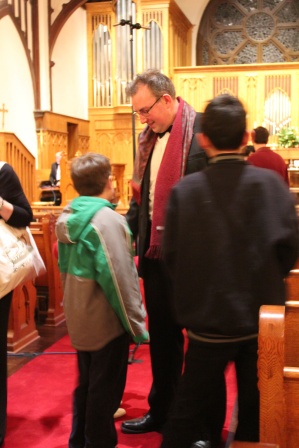 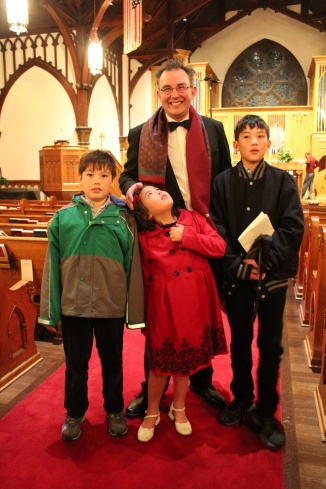 Another day, another church, another performance. This time it was for the boys’ piano recital:

Getting ready to perform at Olivet Presbyterian 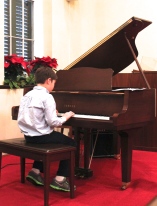 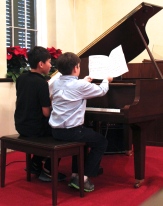 “Santa Claus is Coming to Town”

Still tired from the night before.

Enough with the pictures!

I messed around with my new Pono MT ukulele, strung with a low G. I’ve never played with a low G before, and at first I didn’t like the sound. I realized, though, that it works really well for darker songs like this one. (Click through twice to hear, this link will bring you to a second page & a second link to):